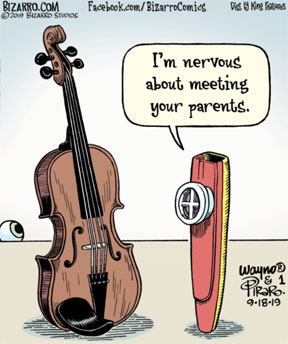 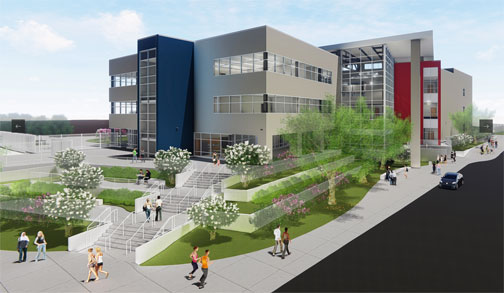 You're invited to the Crawford High Whole Site Modernization groundbreaking on Wednesday, September 25th, from 8:45 to 9:30 AM.  Speakers will include Superintendent Cindy Marten, Board President Sharon Whitehurst-Payne, Chief Facilities Planning and Construction Officer Lee Dulgeroff and new Crawford High Principal Froylan Villanueva. The cheer team will also kick-off the groundbreaking. 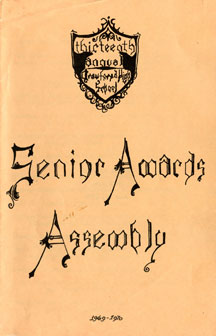 I've scanned and posted the Senior Awards Assembly Program from June 15, 1970.  I think this is the last of the goodies sent to me by Ed Schoenberg a while back.  Click HERE to find out who the big winners were. 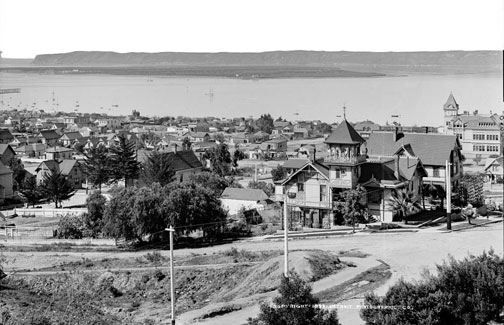 Tom Isom is at it again on Facebook.  Here's an 1899 photo of San Diego Harbor printed from a glass negative.  Small world.  Tom, it turns out, is married to Vivien Messick Isom '63.  Tom grew up in Lakeside, but was a lunchtime supervisor at Crawford during the 1966-1967 school year.  Click HERE if you'd like to see an enlarged version of the photo. 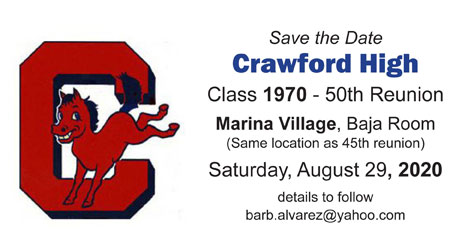 I hope you have a 2020 calendar.  Barbara Alvarez wants you to save the date for next year's 50 Year Reunion.  The information is above.   I've also posted it on the Reunions Page. 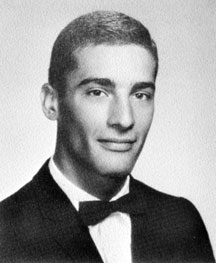 Frank Alfano ’67, a native San Diegan, died at the age of 70 on September 5, 2019.  Frank was a shortstop at Crawford, leading his team to three consecutive CIF baseball finals.  He was drafted by the New York Mets out of high school but opted for a baseball scholarship at USC, where he was the star of the school’s 1970 and 1971 NCAA champion baseball teams. He went on to play for the Minnesota Twins organization in the Midwest and Carolina leagues. Upon his return to San Diego, he was employed by HomeFed Bank as an Assistant Vice President Administrative/Purchasing Director. He left the financial industry in 1981 to “fight real fires” with the City of San Diego Fire Department and retired as Fire Captain in mid-2007.  For over twenty-three years, Frank was also a high school sports official in San Diego County, officiating baseball, football and track events. He also umpired NCAA and NAIA college baseball games throughout Southern California. He was inducted into the San Diego County Sports Officials Hall of Fame in 2015.  Frank always made his family and friends a priority and was an outdoor enthusiast who enjoyed camping, fly fishing, and hiking. His favorite annual road trip was the Moose Lake “Bellinger Bros’ Man Camp” in the Anaconda-Pintler Wilderness, Montana.  Frank is survived by, among others, his wife of over 37 years Jane Cruz Alfano and brother, Tony Alfano ’69. 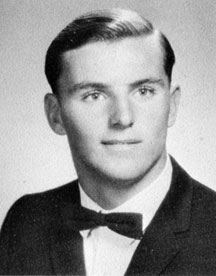 Dan Daniels ’67 passed away July 19, 2019.  Dan was born in Roseburg, Oregon and, at the age of five, moved to Imperial Beach with his Mom and Sister. After attending Crawford he went to Grossmont College, San Diego State, then was in the California National Guard from 1970-1976.   Dan met his wife Kathy on August 2, 1975 and they married on February 9, 1980.  They lived in Rancho Bernardo from 1980 to the present.   In 2008 Dan was diagnosed with Alzheimer’s.  Kathy took care of him until a week before his passing.