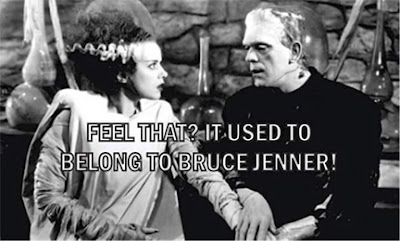 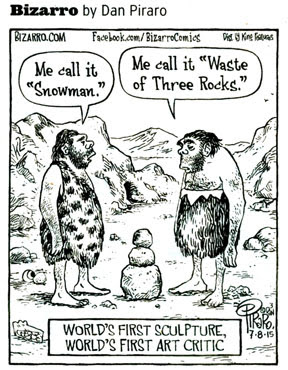 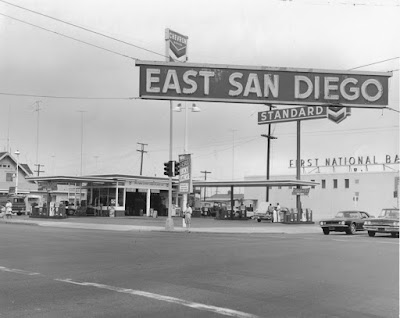 Gary Mitrovich '76 was able to get this photo for me for a Hoover grad who was lamenting the disappearance of the East San Diego sign -- and East San Diego for that matter.  Retired police officer Mitrovich has written a book about the East San Diego Police Department  Click HERE to see an enlarged version of this San Diego History Center photo which shows the northeast corner of Fairmont and University.  I tried to share a Google street view link, so you could see what's there now, but Google has changed the program and I'm too dumb -- and lazy -- to figure it out. 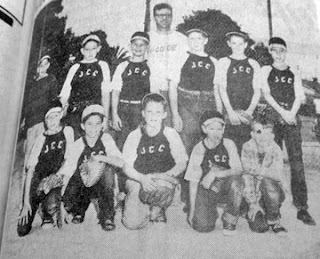 San Diego Jewish World is apparently going through its bound past issues and sharing them on its web site.  This photo is from the August 9, 1957 issue celebrating the the Jewish Center Little League's North Park Loop Championship.   Front Row, from left to right: Robert Sassaman, Darrell Cohen, Tom Rossi, David Hansen, and Glen Lovell. Second row, from left to right: Junior Katz, Morris Winicki, Barry Penn, Howie Toole, Paul Levine and Mike Dale. Standing in the rear is Herman Cohen. Not in picture, Jimmy Kraus.  Click HERE if you'd like to read the article, courtesy of Jimmy "Not In Picture" Kraus '65. 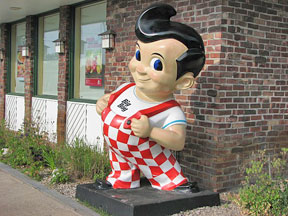 Bob's Big Boy is alive and well in Michigan.  Sharon Cramer Sceper '68 took this photo in Petoskey, MI.  She and the hubby visited Mackinac Island where the movie Somewhere In Time was filmed at the Grand Hotel. 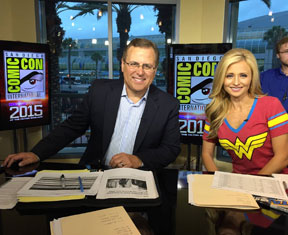 Carlos Amezcua '71 is back -- and KUSI has him.  I did a spit take with my Cheerios Wednesday morning -- and Carlos was pretty surprised too -- when they brought Coach Richard Draz into the studio as a surprise. 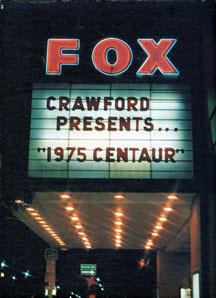 The Class of '75 reunion will still take place on August 8th -- but at the Mission Bay Hilton.  Email Ken Flagg KFlagg@gmail.com  if you have questions. 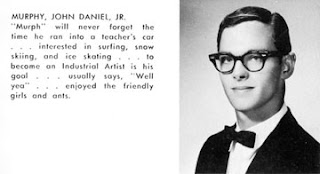 My cousin John Murphy '64 passed away at home in White City, Oregon with his daughter and sister at his side. He had heart problems but died of pancreatic cancer -- Nelson Moore ’61