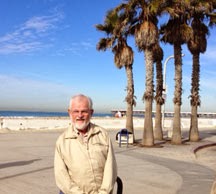 With all that talk about the Polar Vortex I made sure I was bundled up when I asked Nancy to take a picture outside Green Flash last Tuesday.  Good thing, too.  It was in the low 70s.  That's Crystal Pier in the background. 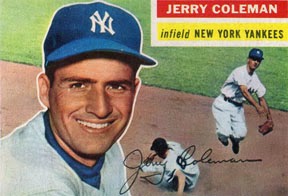 A few years back I contacted Bill Center ‘63 to see if he could put me in touch with Jerry Coleman, who passed away this week.  A speaker at my Association of Naval Aviation luncheon had cancelled and I needed to get someone to fill in at the last moment.  Bill gave me Jerry’s number, I made the call and Jerry said, “Just tell me when and where.”  He was a big hit and a nice guy.  Click HERE to read Bill Center’s remembrance of Jerry in the Union-Tribune. 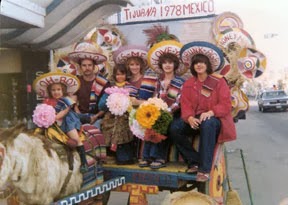 Dudley Mills ‘59 shares a Tijuana burro photo.  He thinks it might be the same burro Joe Schrader ‘70 got his picture taken on.  I’ve started a web page, just in case other folks dig out their burro photos.  Click HERE to check it out.

Guess who’s gonna be a Sexagenerian this year?  Pretty much all of the ladies gathered at Robbie Nelson’s house for the 2014 Class of ‘72 Girls’ Night Out Re-Gifting Party.  Click HERE to look at some more photos.

Sylvia Horstman Timmons ‘72 passed away January 3, 2014 at her home in Clear Lake, California.  According to her sister Valerie Horstman Morgan ‘74, Sylvia had been ill for several years and had both lungs replaced three years ago.