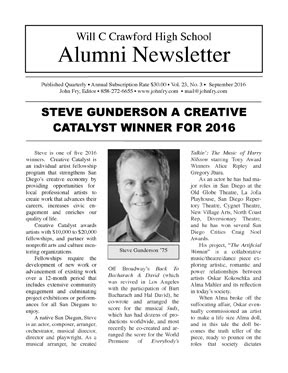 Nancy and I got the September newsletter to the Midway Post Office, or what's left of it, on Monday so you should be getting your copy if you are a subscriber.  Click HERE if you're interested in information on subscribing. 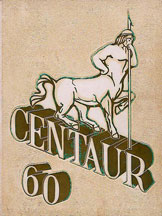 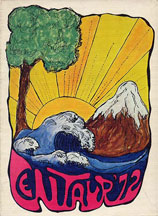 Newsletter subscription renewal notices went out to the Classes of 1960 and 1972 this week. 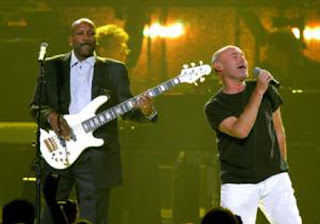 Did you watch Phil Collins perform the other night at the opening of the US Open tennis matches in New York?  Me neither.  Russ Boggs '71 did, however, and thought it an "indifferent performance".  He WAS impressed with the bass player, who turned out to be Nathan East '73.  Click HERE to take a listen. 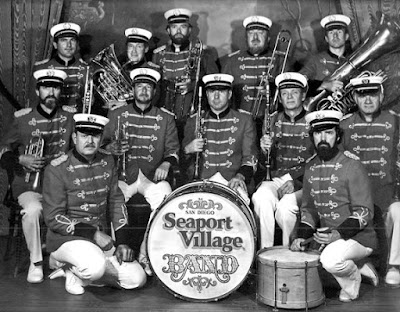 William Braxton "Joe" Dyke '65 posted this 1978 photo of the Seaport Village Band on Facebook.   When Seaport Village shut down the band, members kept the uniforms and became the Grand Pacific Band.  Among other venues, they perform at NASSCO ship launchings.  I think Joe is the one who isn't smiling.

Louis William "Duke" Wellington passed away August 10th at home, surrounded by family.  His obituary said he attended Crawford and joined the Marine Corps in 1963.   Classmate Maurice Barringer says Duke would have graduated in '64 had he not left school early.  I've placed him on the Class of '64 Obituary Page. 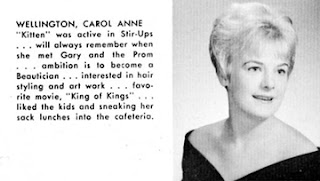 The obituary for Duke Wellington said he'd been predeceased by his sister Carol Wellington Bennett '63.  Mary Gale "Sherlock" Rogers found a birth date, but nothing else.