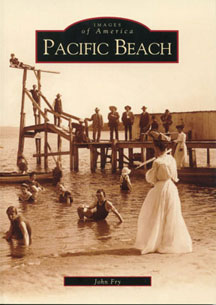 Looks like I may be brunching on Costco hot dogs and lunching on Costco pizza.  Turns out Arcadia Publishing wants me to sit on folding chair for THREE HOURS today at the Morena store autographing my book on Pacific Beach.  Sounds frighteningly like being pilloried in the public square in Colonial Massachusetts.  I'll be there with my quill and inkwell at 11 AM.  Sounds like I'll be limping out sometime after 2. 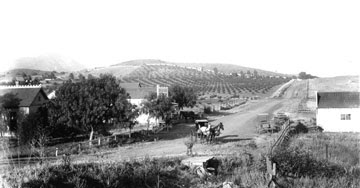 There's an article in this week's Los Angeles Times about folks who spend time in the eastern Sierras trying to match still photos from old movies with the exact location where the scenes were taken.  You may have to do the same thing with the F. E. Patterson shot of Spring Valley above.  He also took the 1905 shot of Kendall Street pier featured on the cover of my book above. 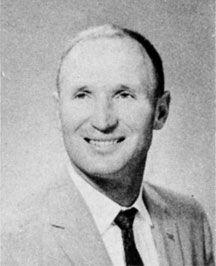 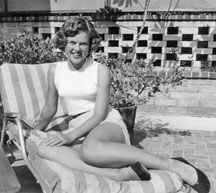 You may recall that Bob Richardson '61 went over to the dark side a while back.  He apparently ran out of photos to share with us AND joined Ancestry.com   The good news is that he recently took a road trip to the central valley to see his sister Margaret and came back with a couple of 1956 cheesecake photos of Margaret and her classmate, the late Barbara Hobart (above).  Click HERE to see an enlargement. 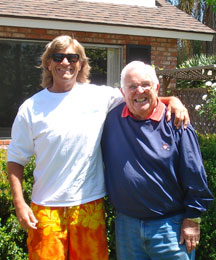 Dick Draz also coached at Crawford, but for WAY longer than three years.  He and his wife are getting ready to move from their abode of 45 years and Ken Burton '72 is the recipient of some of Dick's water polo memorabilia.  Click HERE to see if you can identify some of the folks -- or the year taken -- in three CIF victory photos. 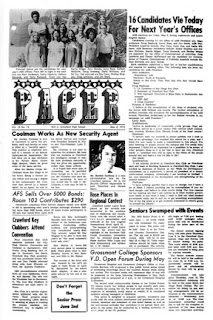 Ay Caramba!!  There is no mention of Cinco de Mayo in the May 5, 1972 Pacer.  There IS an article entitled "Prejudice is a disease".  Maybe I better read it. 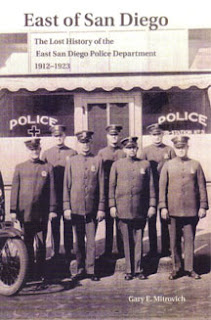