OH, DEAR -- It is dark and REALLY cold in Pacific Beach.  It's either the First Day of Winter or the Last Day on Earth, or both.  I believe it's also the shortest day of the year, so it's gonna stay light longer!! Yippee!! 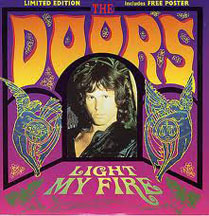 Who knew?  It turns out that Light My Fire was sung by The Doors, not The Rolling Stones -- and Brainpolice opened for The Byrds, not Brainpower -- and Light Show was probably a light show and not an opening act.  Someone said "If you can remember the '60s you weren't really there."  I remember the '60s and I was just as clueless then. 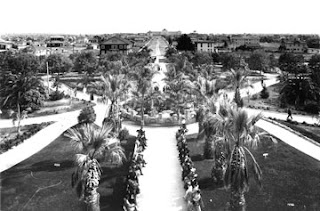 I'm sharing this photo of University Heights again, for those who missed it last week.  Click HERE to see it enlarged, and click HERE to go to last week's photo and read what Terry Shewmaker '68 has to say about the old Teacher's Training Annex Building.  Elaine Robinson Davis '61 can take heart. 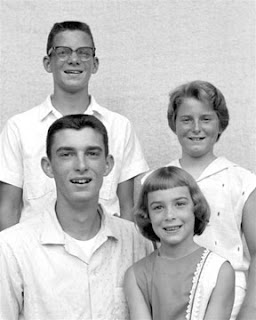 Word that Ken Ziegenfuss '62 would be in town performing Chopin Etudes on December 16th sent Bob Richardson to his photo archives.  Noting that December 16th was my mom's birthday, HIS birthday, and Beethoven's birthday, Bob sent along a photo of "The Four Ziggies" commissioned by their mom around 1960.  That's Ken at the rear and, clockwise, Valerie '67, Lynn '72 and Fritz '61. 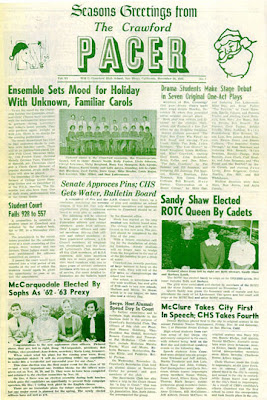 The Golden Anniversary Pacer is the green 8-page Christmas Vacation issue of December 20, 1962.  Remember "Christmas Vacation"?  Remember headlines like "McCorquodale Elected By Sophs As 62-63 Prexy"?  Sophs?  Prexy.  Language and customs certainly to change.  Click HERE to take a gander at the paper. 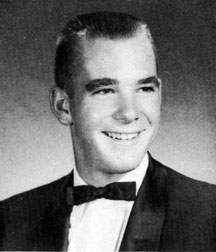 Larry Mabee '61, whose family created Big Bear Markets, passed away December 16th.  Click HERE to to to the Class of '61 Obituary Page, where you can read the recollections of Lenny Como '69 and obituaries from UT San Diego and Bloodhorse.com 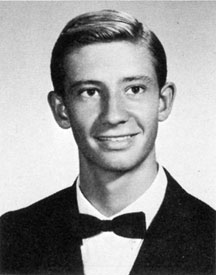 Charles Ham '65 spotted the obituary for his classmate John "JB" Belchez, who died on November 16th.  Click HERE to read the obituary and/or sign the on-line guest book.