IT’S STILL DARK IN PACIFIC BEACH on this Valentine’s Day -- Day 21 of my kitchen remodel. I’m still drinking out of the toilet. The good news is the floor is down, the cabinets are in  and the refrigerator is no longer in the living room. 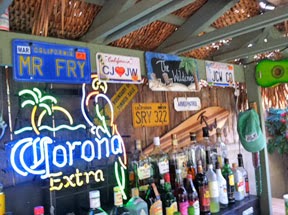 On August 31, 2013 I totaled my Toyota and turned in my driver’s license.  The good news is my “MR FRY” license plate now occupies the position of honor at the Palapa Bar of my contractor/friend J C Wilding.  I gave it up with the proviso that any memorial services after my death be held in the Wilding’s back yard. 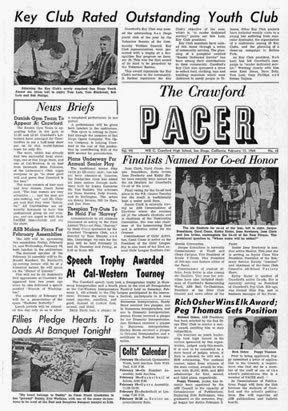 I can’t stand the suspense.  The headline in the February 13, 1964 Golden Anniversary Pacer says Finalists Named For Co-ed Honor.   In the running for Co-ed of the Year were: Jacque Donaldson, Carol Crane, Kathy Slater, Jane Newberry, Joan Clark and Jan Irvine.   Click HERE to read the paper. 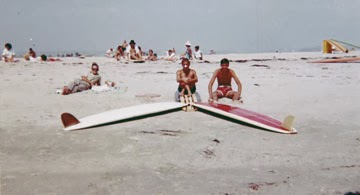 Speaking of 1964, Alan Osborn has submitted three longboard photos taken in 1964.  This one features Bob Zito ‘64 and what may be a mystery Colt.  Click HERE to look at all three prints. 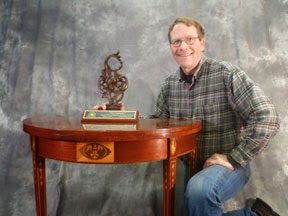 Pat Edwards ‘67 is the 2014 Cartouche Award Recipient, given by the Society of American Period Furniture Makers.  Pat is widely recognized as a leader in the field of French Marquetry.  Click HERE find out what all of this means. 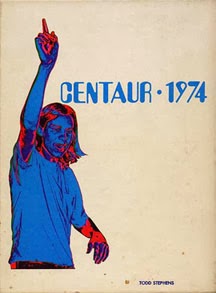 All will soon be revealed on the August 2nd Class of ‘74 40th Reunion.  If you want to be in the loop contact Kim McGee 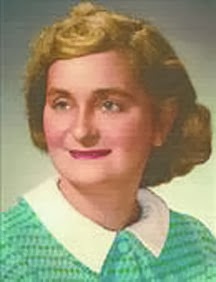 Faculty Member Virginia Wilcoxon passed away last Friday, February 7th, nine weeks shy of her 100th birthday — and she was born in Mercy Hospital!!  You’ve probably already missed her services, which are being held this morning at 10:30 at St Vincent Catholic Church in Mission Hills.  Click HERE to read a wonderful obituary and HERE to read the guest book. 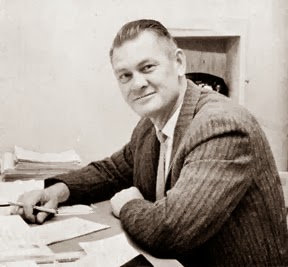 Walt Harvey, coach and counselor, also passed away last Friday.  A memorial service will be held at La Vida Real, where he lived in Rancho San Diego, on Saturday, February 22, at noon.  The address is 11588 Via Rancho San Diego, El Cajon CA 92019