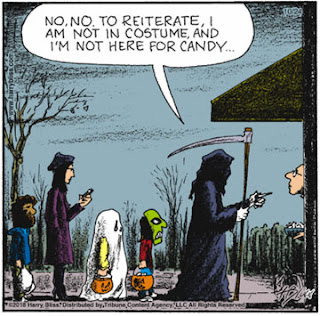 She should have won the Nobel Prize!!  Dorcas Reilly, creator of the Green Bean Casserole, is dead at 92.  Click HERE to read the obituary in the New York Times.  (They imply that she also created the Tuna Casserole -- another winner) 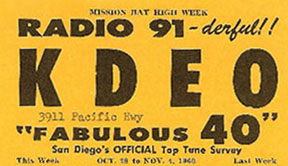 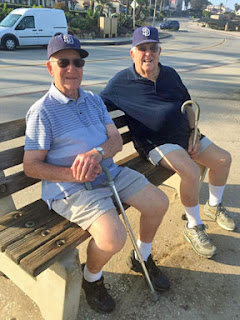 Paula Hildebrand Clare was in town, taking a stroll near La Jolla Cove, when she was hit on by two Senior Stud Muffins.  After introductions, Paula allowed as how she was a 1964 Crawford High graduate and discovered the fellow on the right was Coach Dick Draz.  I'm not sure who the other guy is.  I wonder if they consulted by phone before selecting their wardrobes.

Posing for a picture at the Class of '68 50th Reunion were Kathy Bechemer, Bonnie Prado, Dianne Onnen and Kathy Noble.  I think Bonnie's wondering if someone is going to take that last piece of Carrot Cake. 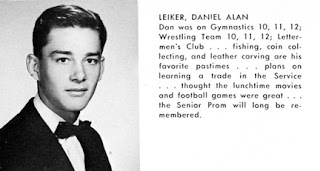 Janie Leiker asked if anyone knew her husband Dan Leiker '64, who passed away on July 22, 2015.  They were married for 47 years.  I was able to connect Janie with Chuck Baurmann, Dan's best childhood pal.