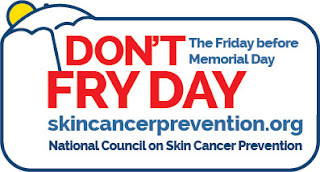 George Glover '73 thought you'd get a kick out of this advertisement.  Too late now. 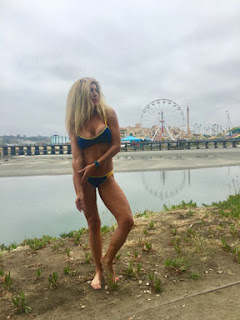 Check it out!!  Looks like the fair is about to open!  My friend Anna sent me some selfies she took Tuesday in Del Mar and asked me which was my favorite.  Wanna know how old she is?   I forget -- but one of her children graduated from college last week. 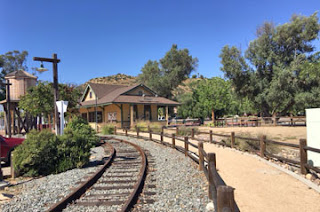 Kinda looks like Mayberry RFD doesn't it?  Actually it's a photo Nancy took last week at Old Poway Park.  If you've never been you should go visit.

Paul Russell '71 got some nice ink last Saturday in the Union-Tribune.   Click HERE to read about his Christian Community Theater and Christian Youth Theater. 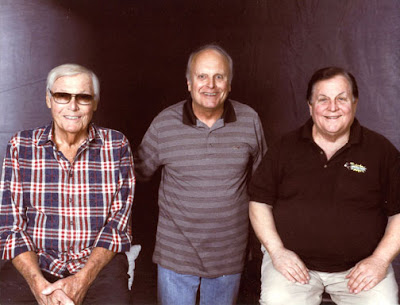 I'm not exactly sure what the occasion was, but Gary Juleen '64 got his picture taken with Adam "Batman" West and Burt "Robin" Ward last month.   I thought I'd include a shot of what they all looked like in the '60s. 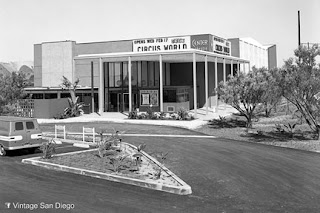 Here are a couple of photos that popped up on the Vintage San Diego Facebook page this week. Remember Mission Valley's Center Theater?  Looks like its official opening was February 17, 1965. We don't know who the fellow in the photo below is, but it's sure fun to look at the automobiles. Except for a new paint job, the County Administration Building hasn't changed, except I think it was City Hall then. 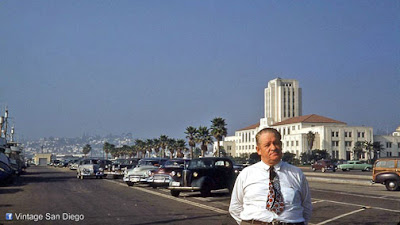