OH, MAN -- that cold spell finally ended, although it's a little brisk in Pacific Beach this morning.  I actually left the front door open yesterday.  The days are getting longer, so summer can't be too far off.

Karen Conley Brockman '72 called me to task for not keeping her abreast of my Fry Day brunch schedule and Mom updates.  Just between you and me, Nancy and I often don't end up at our initial destination.  Last Friday traveled to Pine Valley and had breakfast at Major's, which hadn't been our original plan.  Mom's hanging in there, thank you for asking. 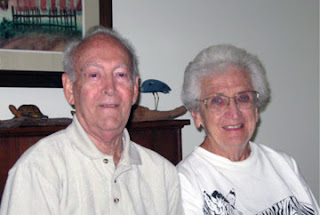 Mary Gale Rogers has traced former Latin and French teacher Pierre Pingitore to Maryland, where he recently married.  He is 84.  She can't find an address or phone number, but says he is listed on Facebook. 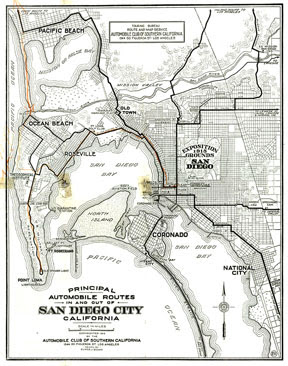 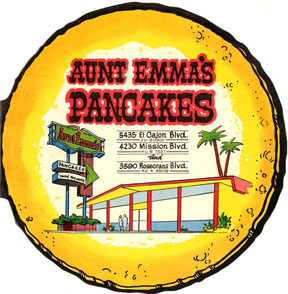 And to think it's been sitting in my bookcase for a month.  I finally got around to opening the memorabilia on temporary loan from Ann Roskos Rofflesen '63.  Bob and Susan Roskos Mardon brought it by over a month ago.  Click HERE to check out an Aunt Emma's Pancakes menu.  Note there were three locations.  The one in Pacific Beach became Uncle Susie's, then Krishna Mulvaney's, then was dozed to become part of the present day Promenade Shopping Center. When did THAT happen?  The January 21, 1972 Pacer has an ad for "Swap A Tape".  I suspect ten years earlier, when I graduated, we might have tried to "Trade a '45".  The student paper also has an article listing the 81 girls and 30 boys who were planning to graduate at mid-term.  I liked what Robyn Goldenstein had to say:  "I don't know what I'm going to do, but anything's better than staying here."  You GO girl!!!  Click HERE to read what some of the others had to say. 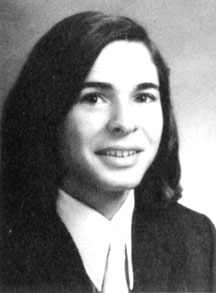 John Ricci '73 died of cancer on January 11th.  Services will be held at 10:30 AM, on Saturday, January 19th at Foothills Christian Church, 365 West Bradley in El Cajon.  Click HERE to read an obituary and sign the guest book.