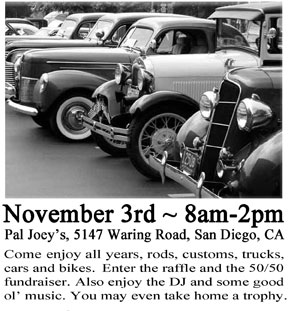 Sandie Robbins Knox '61 wants me to remind you that there's not a lot of time left to enter your Little Deuce Coupe in the big Crawford car show.  She wants you to call her at 619-286-8806.  You can also email her at hhrssowner@aol.com 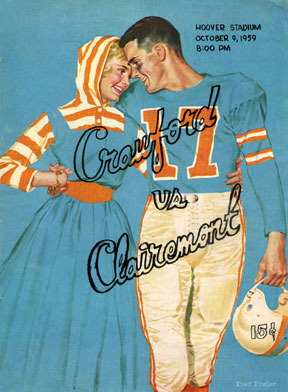 Crawford played Clairemont at Hoover 60 years ago this week.  Kickoff was at 8 PM!!  Click HERE to check out the rosters. 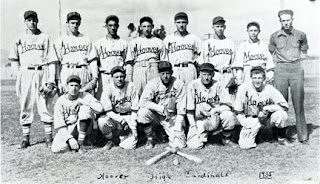 The Cassie brothers say their dad Les wasn't in this 1935 Hoover High baseball photo because a technical rules violation made him ineligible.  And Ted Williams didn't have his Senior Photo in the yearbook because he was a Junior.  Click HERE for all the details. 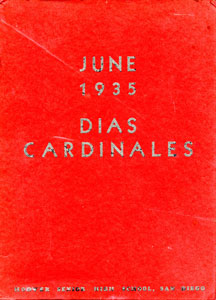 Turns out my neighbor doesn't want the 1935 Hoover yearbook, so I'm offering it to one of you.  Preferably one of the Colts who said their parents graduated from Hoover that year. 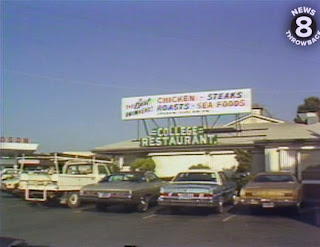 This 1980 photo of the College Restaurant, where Montezuma and El Cajon merge, appeared on Facebook this week.   I think it's a Starbucks now. 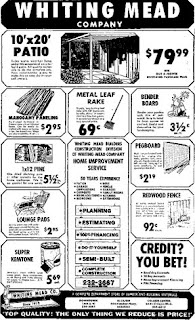 Herb (you may have known him as Lonnie) Terry '66 checks in from Indiana University, where he is Professor Emeritus of The Media School.  He's tearing his hair out trying to remember the name of the lumber yard his dad used to take him to on El Cajon Blvd near the Campus Drive-In.  I think I found the answer. 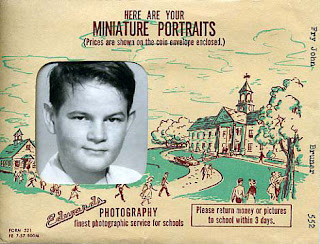 Look what I just found tucked away on the Horace Mann Page of this very web site.