I sat up straight in my easy chair last week when I saw a television commercial advertising Knott's Berry Farm.  That took me back to the days, before Disneyland, when Knott's was THE place to visit. I may have mentioned this story before, but a childhood neighbor was waxing rhapsodic about his family's visit to Knott's Berry Farm.  I was unimpressed, my father having taken my sister and I there on more than one occasion.  Turns  out my dad had taken us to Knox Dairy Farm near Chula Vista.  I appreciated a healthy Holstein as much as the next person but -- it turns out -- Knott's Berry Farm had much more to offer.

I'm looking for a happy home for a violin.  Why yes it DOES say Stradivarius inside, but a local expert assured me it was probably a "Stradivarius model" instrument.  I discovered it a while back in one of the trunks I drug home from the family home that my sister now owns.  Get back to me if you know of a needy musician.   Hold on a sec, they're all needy.  (You know what they call a musician who breaks up with his girlfriend?  Homeless).  Perhaps the music department at Crawford -- if there still is such a thing -- could use it. 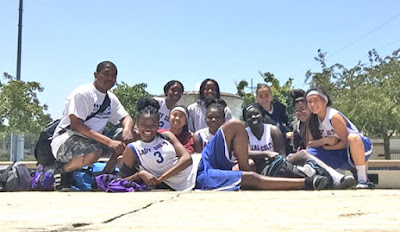 Thanks again to the alumni who allowed the Crawford Girls to attend the USD Basketball Camp last weekend.  They were able to compete with other programs from all across the country.  USD also made it possible for the young ladies to have a Question and Answer Session with some of their current players. They were able to talk to the USD player about campus life, their struggles and experiences in high school and college -- Coach Dwight McDonald 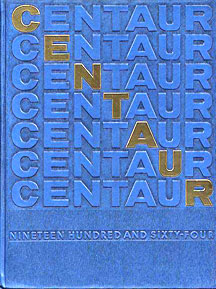 If you're a newsletter subscriber from the Class of '64 your 2-way remittance envelope is in the mail. If you'd rather pay with a credit card or PayPal go to the Newsletter Order Form Page. 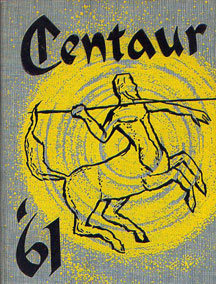 If you're a newsletter subscriber from the Class of '61 your 2-way remittance envelope is NOT in the mail.  In order to even things out on my end, I'm moving you to November.  Enjoy!!

Remember when I used to feature Rozelle Mystery Photos?  I would post a Howard  Rozelle aerial that I couldn't identify and Fry Day readers would solve the puzzle -- except for one.  Tim Arnold '74 is pretty sure he's done it -- and I agree with him.  Click HERE to check it out.  (How very strange. Al Fedder '69 emailed last night to let me know he solved this puzzle some years back.  Click HERE to look at his work.  No -- I can't figure out how he saw this before I published it) 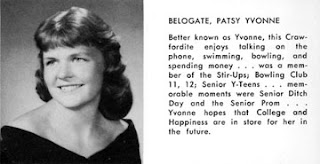 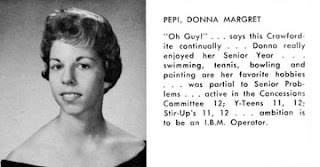 I'M GLAD SUMMER FINALLY ARRIVED!!  The heat during the last days of Spring was killing those of us in the Southwest.  I didn't suffer too badly here in Pacific Beach.  Nancy and I couldn't find parking at the Waffle Spot last week, so we returned to PB to breakfast at The Truck Stop.  No parking there either, so we settled for lunch at Beachtown BBQ at the other end of the lot.  You may remember it as Tony Roma's. 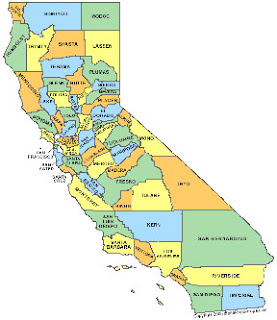 Speaking of Summer, Ralph Vartabedian wrote a fascinating article in the Los Angeles Times entitled The Sunset That Takes An Hour To Go From Date Palms To Redwoods  He notes it's a big state -- that the sun set at 7:49 in Bard, on the Arizona border and 8:49 in Crescent City -- and that "six state capitals lie west of Los Angeles".  He didn't give the answers, so I had to do some research.  Turns out I couldn't name the capitals of any of the states I thought might be part of the answer, so I had to start there.  Click HERE to see what I came up with.

Joe Dyke '65 and Doug Kvandal '66, who've made music together since their days at Horace Mann, will be performing with Jazz West as part of the "Sunday at Six" concert series in La Mesa's Harry Griffen Park. 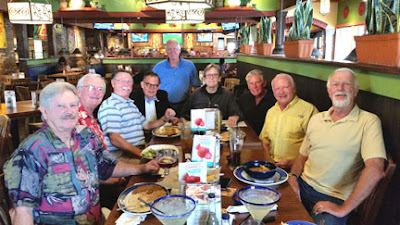 Nelson Moore '61 forwards a photo of some of his classmates who gather on a regular basis for lunch. Click HERE to look at a larger photo with captions.

When I asked on Facebook where folks were on December 7, 1953 I was hoping someone would tell me there were in the photo with Smokey Rogers.  No such luck.  Owen Western reminded me that he had sent samples of Smokey singing a couple of songs.  I've added that link to the page that has Smokey Rogers on it.  Click HERE to take another look. 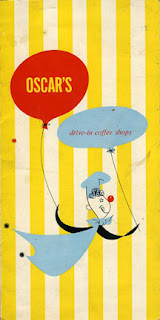 Speaking of consolidation, I've placed seven different Oscar's Drive-In references onto one Oscar's Page.  Click HERE to check it out. 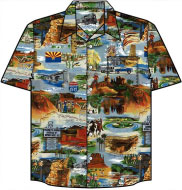 THIS ALL STARTED some years ago at a barbecue hosted by Nelson Moore '61.  I took a fancy to a shirt Larry Wickstrom was wearing and asked where he got it.  Turns out wife Beverly Swaim Wickstrom got it for him at the Del Mar Fair.  I've been ordering them on line ever since.  Last week the Wingo Women attended the fair, and Nancy bought three shirts for me, one of which is called Arizona Vistas.  The Arizona flag on the shirt took me back to 1968, I think, when I was living in Mission Beach within earshot of the Roller Coaster.  At the nearby Bahia Hotel, the owner Bill Evans ran up the Arizona flag to welcome the Zonies to San Diego.  It may have been Evening Tribune columnist Neil Morgan who noted that Bill was getting nasty phone calls for displaying the Viet Cong flag while our troops were fighting in the jungles of Southeast Asia.  Here are both flags so you can compare and contrast. 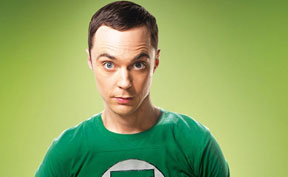 Do you watch Big Bang Theory?  Some of my "friends" compare me to Sheldon Cooper.  Suffice it to say that the time on my microwave and the time on my oven were different and it was driving me crazy.  Turns out the new microwave was accurate and the oven needed to be reset.  I couldn't figure out how to do it and grudgingly decided to consult the instruction manual.  That didn't work either, possibly because it was the instruction manual for the microwave.  Good news.  I downloaded the Whirlpool instruction manual and reset the clock.  All's Right In God's Heaven -- for now.

Speaking of appliance confusion, I sat down in the easy chair Wednesday at noon to eat a sandwich and watch a little TV.  When the phone rang I was deep asleep -- and having trouble hearing the person on the other end.  Turns out I was shouting into the television remote control.

I've just learned that Joe Dyke '65 will be sitting in with the band at the Amigo Spot tomorrow night.   Keyboardist Doug Kvandal '66 and Joe have played together since they were students at Horace Mann, so they might not need to practice.  I hope Joe's wearing the Liederhosen I last saw him in. That may have beet at Karl Strauss ten years ago.  Downbeat is 6:30 PM.  The Amigo Spot is at the King's Inn, Hotel Circle South, Mission Valley. 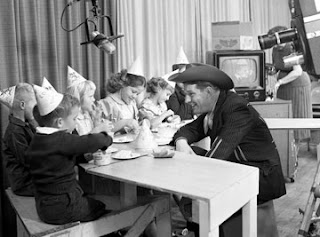 Greg May posted three photos of Smokey Rogers taken by Bill Reid on December 7, 1953.  Maybe you're one of the pictured tykes.  Click HERE to check out the images enlarged -- and read a couple of stories. 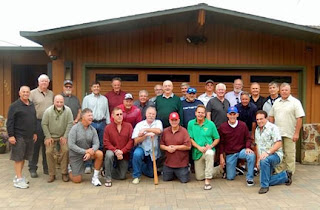 If you're one of the people who thought Tom Ault had changed over the years, that's because it was Bob Grender.  Earl Altschuler has asked me to make the change.  Click HERE to take another look at the Crawford Baseball Reunion photo. 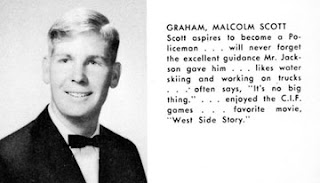 Ken Daly has been working with me the past month piecing together information on his buddy Scott Graham '63, who left Crawford in his senior year to attend Snyder Continuation, then returned to Crawford the following year.  At any rate, he passed away March 15th, and appears in both the '63 and '64 yearbooks.  Read Ken's remembrance on the Class of '63 Obituary Page. 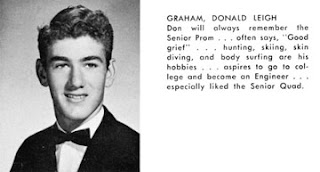 Terry Hall '64 sends word of the passing of his classmate Don Graham on May 13th.  Click HERE to read a full obituary.

Nancy and I put the June issue of the quarterly newsletter in the mail Monday so, if you're a subscriber, your copy should be at hand.  They've finally got the "new" Midway operation the way they want it I guess.  You still have to deposit your bulk mail check at the main office, then swing around the back to unload the newsletters.  There are two ways to go, both of which require pushing a button and waiting for the gate to open.  If you head south from the office you'll need to turn right at the "No Right Turn" sign.  If you go north you'll need to turn left at the "No Left Turn" sign. 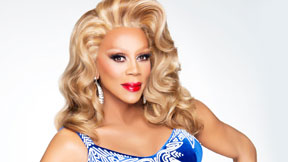 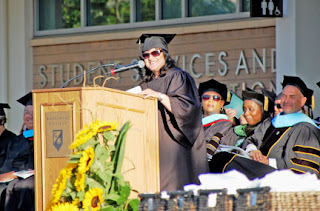 Monica Pacheco Zech '72 was the Keynote Speaker at the 55th Grossmont College Graduation Ceremony AND he first recipient of an honorary Associate of Arts degree from the college.  Click HERE for all the details. 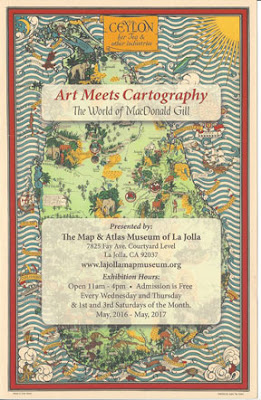 Dick Cloward '60 hopes you'll stop by the current exhibition at the Map and Atlas Museum of La Jolla.  It's called Art Meets Cartography: The World of McDonald Gill    Click HERE for information on hours and location. 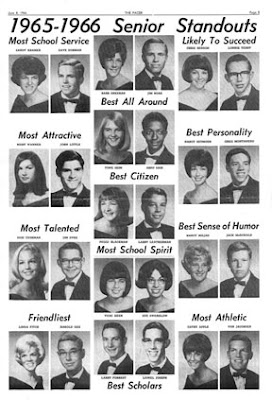 Boy, that went fast!!  Click HERE to read the final Golden Anniversary Pacer for the Class of 1966 -- the 8-page June 8, 1966 Graduation Issue.  Chris Benson was voted Coed of the Year and Donna Hashaguchi was headed to DC to work with Congressman Lionel Van Deerlin.  And that was just the front page. 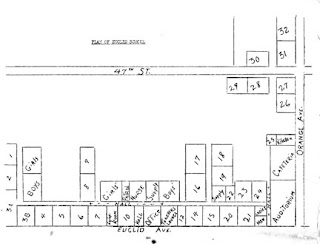 I'm guessing John Watt '66 attended Euclid Elementary, then moved to John Marshall when it opened. At any rate he's sent me a Map of Euclid Elementary and a School Staff list from Marshall that also lists the Principal of Euclid. 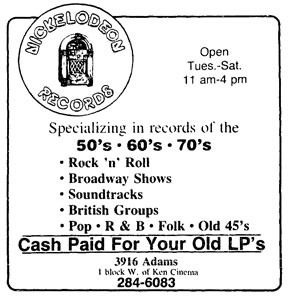 Greg May's Vintage San Diego Facebook page posted this ad from the February 15, 1985 Daily Aztec.  As long as I can remember Nickelodeon Records, partly owned by Betsy Scarborough '63, has been at 3335 Adams Ave.

THE SUN'S ALMOST UP IN PACIFIC BEACH and we're expecting warm weather through the weekend.  If Memorial Day marked the official kick off of Summer, maybe everyone went to the beach.  There sure wasn't much happening for inclusion in the Colt Corral.  Summer crowds may prevent Nancy and I from breakfasting at the Waffle Spot.  Last week we took a detour to Patty's Cafe, in the Big Lots shopping center on Lake Murray Blvd. 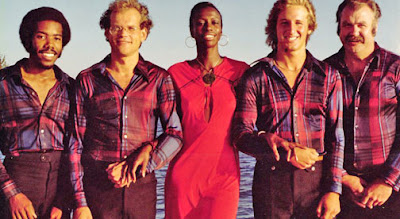 Nathan East '73 was one of the members of The People Movers band expected to show up last night for a reunion at the Mission Bay Hilton.  Click HERE to read about it in the Union-Tribune. 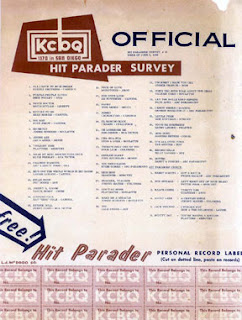 I reached WAY back in the time machine for this KCBQ "Hit Parader Survey" issued on this date in 1958.  You'll have to do the math.  I can't figure out how many years ago that was.  Click HERE to check out an enlarged version.
Posted by John Fry at 11:05 AM No comments: