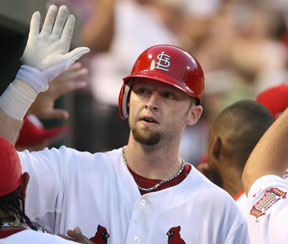 I hate to pass on bad news, and am usually reluctant to talk about Colt offspring, but in yesterday's U-T Sports Section I spotted a story about Chris Duncan, son of Dave Duncan '63.  Brain cancer, which caused the death of his mother, has resurfaced.  Click HERE to read an article in USA Today.  Obviously, our thoughts and prayers go out to Chris and Dave. 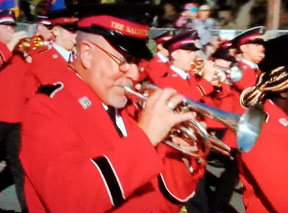 Just in case you missed him in a Sea of Red, that's Joe Dyke '65 tooting his horn for the Salvation Army Band in the 2019 Rose Parade.  It was the 100th straight year the Salvation Army has appeared in the parade.  Make up your own joke about how many of those years Joe played.  Click HERE to try and pick him out in the video. 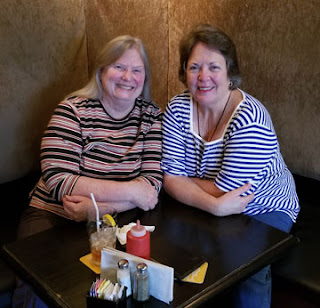 Apparently members of the Class of '68 have been turning 68.  Susan Weetman Belair's turn came this past Monday and her life-long pal Karen Nobbe Griffin '69 made the long trek down the hill from Julian to help her celebrate at O'Sullivan's in Escondido.  That's Susan on the right. 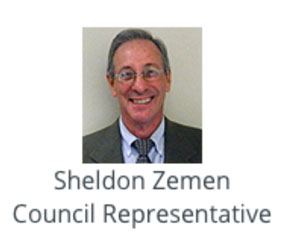 My classmate Larry Guske had a question for city councilman Scott Sherman, who had a representative call him back.  Turned out to be Sheldon Zeman, who attended Euclid Elementary and Horace Mann before heading to Herbert Hoover Senior High. 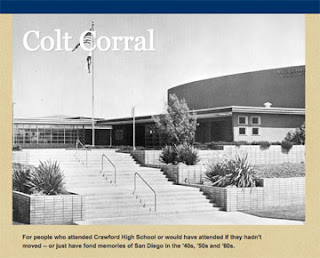 Kay Ross Slater '60 hopes I'm OK.  She hasn't been getting her Fry Day emails.  I'm fine, but don't know why she's not getting them.  I reminded her that all Fry Day emails are archived on the Colt Corral blog.  You all should save it to your favorites just in case. 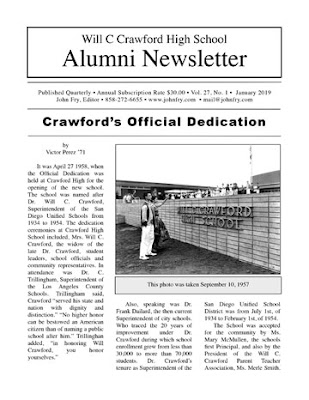 The Winter Issue of the 12-page quarterly newsletter is in the mail and subscribers should have it in their hands.  Click HERE if you're interested in a subscription. 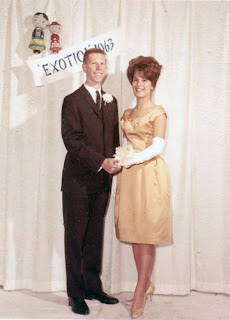 I think Betty Greenwood posted this shot of her and Bob Lutz on Facebook.  Bob says he's filled out nicely since this photo was taken at the 1963 Junior Prom. 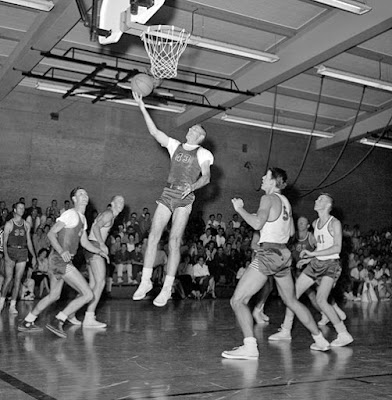 News of Jim Sams' passing caused Bob Richardson to pull out this photo from the 1960 Varsity-Faculty basketball game. Says Bob, "Coach Sams is in his favorite shooting spot, on the baseline, left edge of photo, wearing his Aztec number 33! In the 1960 Centaur he was cropped out of the same photo. Closest to the camera, #54, is Crawford's first ever American Exchange Student, Darwin Montaldo. Immediately to the right of him is Marshall Malcolm, who coached JV basketball (also cropped out in the Centaur). The person making the layup is Mr. Jackson, who was Crawford's Varsity basketball coach in its first two years, and a math teacher. I sent him a framed 8x10 print of this photo, with a letter, nine years ago."
Posted by John Fry at 6:29 AM No comments: