I'm not sure where Bret Boone went to high school, but his grandpa Ray went to Hoover and his dad Bob is a Colt from '65.  Turns out Bret's son Jake is a standout at Torrey Pines and will most likely enter the pros.  Click HERE to read the article in the May 15th Union-Tribune.  (I hope you have better luck than I did.  The ads come at you from all directions) 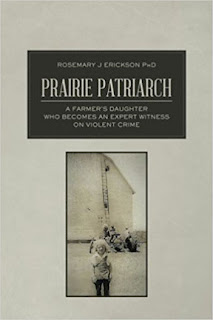 Rosemary Erickson’s family came to San Diego long enough for her to attend Horace Mann for one year and Crawford for two.  Then it was back to the family farm in South Dakota.  Rosemary eventually returned for an MA at San Diego State, spending “half” her life here.  She’s written a book about her father, which you can order on Amazon.  She must have moved back to South Dakota because she's having a book signing in Sioux Falls on June 11.  You can read all about Rosemary on her Athena Research web site. 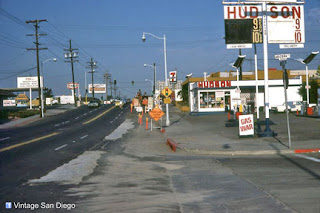 This Vintage San Diego color shot looks west from Arizona and University.  I'm sharing it for folks who remember Hudson Gasoline.  Also, the sandwich board says "Gas War" and the price apparently is 9/10 of one cent. 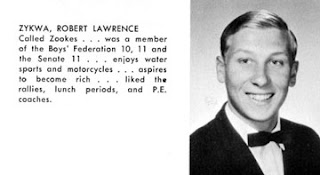 Dan Burton '66 sends word of the passing of his classmate Bob "Zooks" Zykwa on May 11th at the VA Hospital in La Jolla from diabetes complications.  Nancy Watson complains to this day of being picked last in everything due to her surname.  And it got worse when she became Nancy Watson Wingo.  Bob was listed last in the '66 Centaur -- and I'll bet a whole lot of other roll calls.