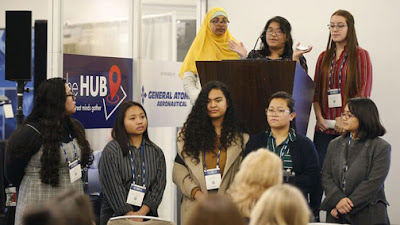 Crawford student Masiti Ahmed (that's her in yellow -- or is it ochre?) is part of a program teaching girls to become FAA-certified drone pilots.  That's a long way from what the girls below hoped for in a career.  Click HERE to read the article in the San Diego Union-Tribune. 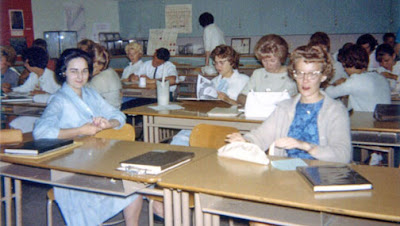 Mary Smith '62 shared on Facebook the color photos she took on the day we got our Centaurs.  Turns out I'd already posted the photos on the website some years ago.  Click HERE to check them out again. 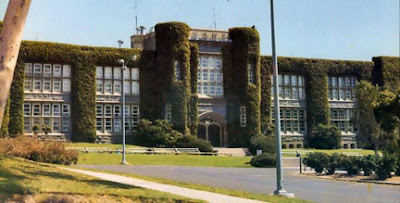 After the shellacking we took in football my Sophomore Year I didn't think I could ever look at a picture of San Diego High School again.  Apparently the scars have healed, because I really enjoyed this color shot of The Old Gray Castle" that popped up on Facebook last week. 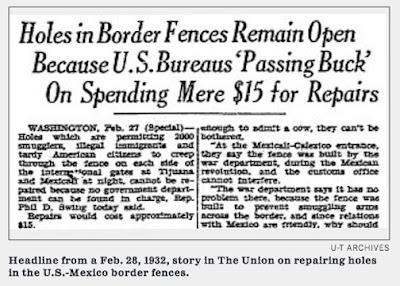 I normally steer clear of politics, but this article from the Union-Tribune archives gave me a chuckle. 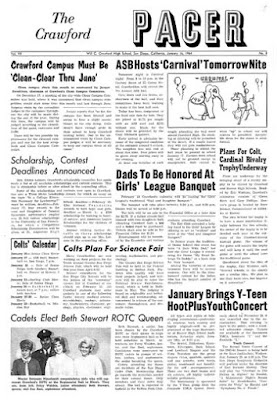 Here's the Pacer from January 16, 1964 -- 55 years ago.  Beth Stewart was crowned ROTC Queen and my buddy Doug Kvandal was part of a group of award-winning handball players.  Click HERE to take a walk down Memory Lane. 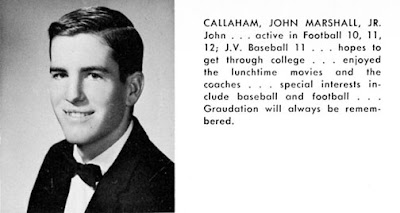 Louise Neil Abdelnour '63 sent in a renewal check for her quarterly newsletter AND included a May 16, 1968 newspaper clipping on the death of John Callaham '64 in Vietnam.  That got me perusing the Union-Tribune archives and I came up with a couple of more articles, written by Dan Burton '66 and the late Dan Felice '68.   Click HERE if you'd like to read them. 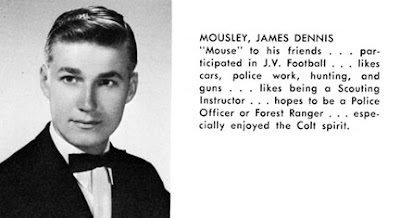 Joe Mousley contacted me with a little information about his father Jim, who passed away December 14, 2018.  I've posted it on the Class of '65 Obituary Page.  Looks like Jim achieved his goal of becoming a police officer.