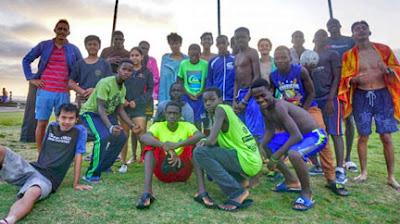 Click HERE to read about donating to the GoFundMe account for the Crawford Cross Country team.  The team has gone from 6 runners to 60 in one year. 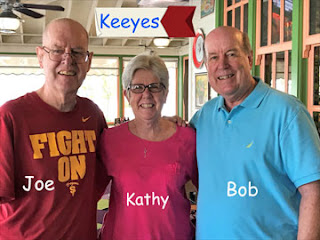 Three Keeyes -- No Waiting.  Joe '63, Kathy '68 and Bob '67 got together near Joe's home in Chino Hills during Kathy's most recent trip west. 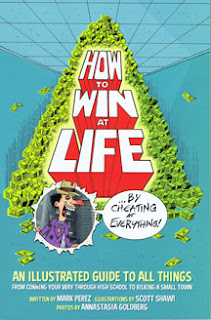 How to Win at Life by Cheating at Everything, is authored by Mark Pérez, but contains 170 funny illustrations by Scott Shaw '68.  It's available on Amazon. 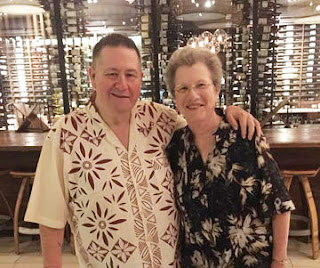 Scott Shaw and his 9th Grade English teacher Joy Woodward.  Joy discovered some cartoons Scott drew for her in 1965 and they got together.  Says Scott, She was the same wonderful, funny and sarcastic person I'd known, and we got along famously, chatting much more about the world around us, rather than the good ol' days.  We plan on keeping in touch from now on -- the poor lady.

I gave up on the Padres last Sunday and switched to Ken Kramer in time to watch Gary Mitrovich '76 explain the significance of Boundary Street.  Click HERE if you've got an extra 26 minutes to learn stuff about San Diego street names. 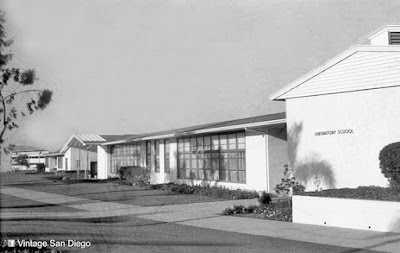 This photo of the Campus Lab School at San Diego State should bring back memories for some Colts.  It popped up last week on Greg May's Vintage San Diego Facebook Page. 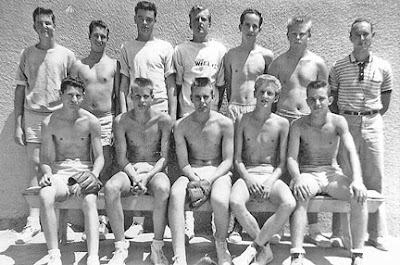 Nelson Moore '61 forwards five photos from his days at Horace Mann.  Since I'm still unable to post to my web site, I'll post the photos as an album on Facebook.  "Nellie" shares the following for the photo above:  Horace Mann around 1957.  Softball champs.  Front row, left to right: Jim Console, Lee Young, Nelson Moore, Lance Consaul, (last person unidentified).  Back row, left to right: 4th from left is Larry Willis, 6th from left is David Pepper.  I'm wondering who the fellow is next to -- and taller than -- Larry Willis.  Maybe it's just the pompadour hairdo.