IT'S DARK AND BLUSTERY in Pacific Beach this morning, but I don't hear any rain on the roof.  Nancy's hoping we can park and dine at Green Flash for breakfast.  Then it's nothing to do and all day to do it.

First Thursday at Nicolosi's last night was a success, although Nancy and I arrived 10 minutes early and were called out for being late.  We sat at a separate table and were joined by Mike Van Horne, whom Nancy hadn't seen since he was in a high chair.  Nancy was best friends with Mike's late sister Nancy Van Horne '62.  Turns out I once dated Mike's cousin, Mary Van Sickle.  That family should have started a moving van company. 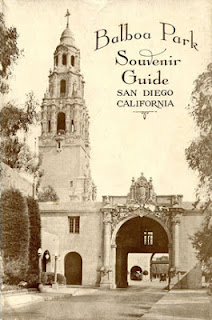 IT WAS A LITTLE BIT like meeting up with Deep Throat in "All The President's Men".  Nancy and I went to an undisclosed location in Balboa Park to look at a sample of photos, correspondence and other park memorabilia dating back to the 1920s.  I'll work on making sure the San Diego History Center gets it.  In the meantime, you might enjoy the 48-page souvenir guide pictured above. Click HERE to access it as on Picasa.  I think you can select slide show once you get there.

YOU CAN RUN BUT YOU CAN'T HIDE.  I emailed Jeannie Baker Stewart '63 and eventually heard back from her husband Gary G Stewart '63.  He WASN'T the Gary Stewart who palled around with Hoover Class of '63 grad James Pitt.  He let me know it was Gary M Stewart '63.  He then gave me phone numbers for Gary M's brother Bob, who graduated from Crawford in 1960.  I left a message for Bob in the afternoon and he returned my call in the evening.  In the meantime I got an email from Gary M Stewart saying someone told him I was looking for him.  I checked to make sure he wanted to be reconnected with Jim Pitt, which he did.  They connected, talked for half an hour, and will be getting together soon to tell more tall tales. 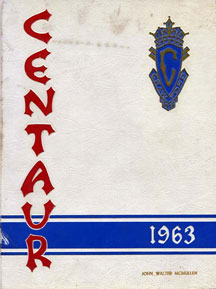 SPEAKING OF '63, reunion chairman John McMullen is ramping up for their October reunion.  He's forwarded the missing list to class members and has heard from MaryBeth (you knew her as Mary) Humphreys Marinesi and Kare (you knew her as Karen) Mueller Brown.  Maybe you can help out.  Click HERE to check out the Class of '63 Missing List. 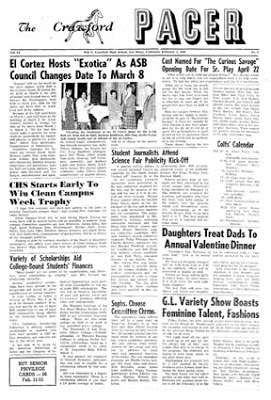 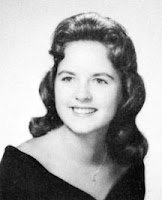 Patricia Troy '63 passed away January 26th.  You can read more, and sign the guest book, on the Class of '63 Obituary Page.  Click HERE.