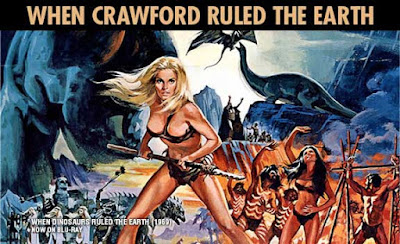 I wasn't sure why Scott Shaw '68 sent me the above graphic, then I noticed there was writing at the top.  He said the picture came from Warner Home Video, which is touting the release of "When Dinosaurs Ruled The Earth" -- AND a "passel of Joan Crawford movies."  I prefer to think it refers to the Class of '62, whose Football and Baseball teams both won CIF. 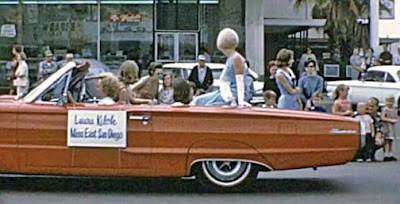 Some photos popped up on Facebook showing a parade in Lemon Grove.  This shot features Miss East San Diego Laura Kiloh from the Crawford Class of '66 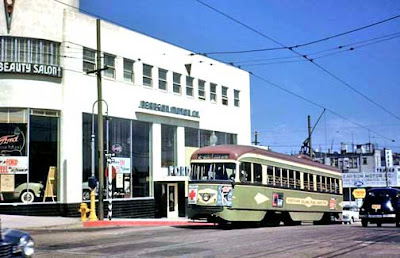 I LOVE this picture.  Every time it appears on Facebook I am compelled to share it with you.  It shows a San Diego Electric Railway Class VII streetcar headed west on Broadway at 12th Avenue, which is now Park Boulevard. 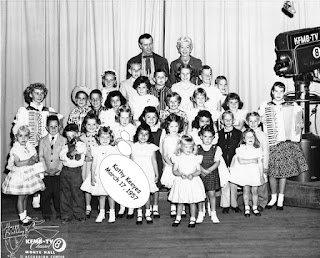 Birthday parties, like everything else, have changed over the course of 60 years.  Kathy Keeyes celebrated her 7th Birthday on March 17, 1957 on Channel 8's Monte Hall Show (above).  Last weekend my Starbucks pal Ande went to her grandson's 7th birthday.  The kiddies got to play with, among other critters, a very large snake.  I hope that was mentioned on the invitations. 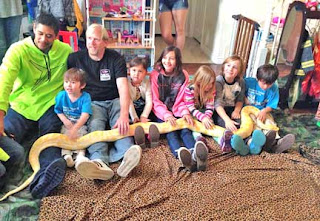 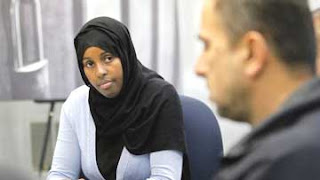 Peter Rowe wrote a nice piece on Ramla Sahid in this week's Union Tribune.  A 2004 Crawford graduate, Ramla is the Executive Director of Partnership for the Advancement of New Americans. Ramla was born in Mogadishu and raised in City Heights.  Click HERE to read the article. 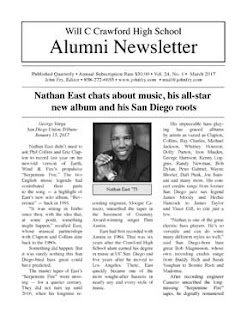 The March 2017 issue of the Alumni Newsletter is back from the printer.  I hope to get it to subscribers next week.

Class of '65 newsletter subscribers should be getting renewal notices in the mail this week.  Click HERE if you'd like to renew -- or subscribe for the first time -- over the internet. 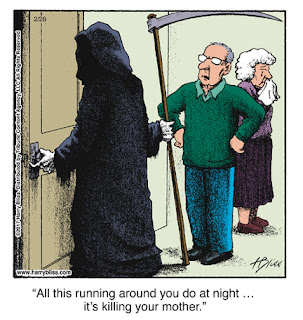