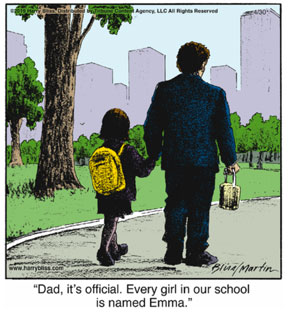 It's been awhile since I came across a cartoon that tickled my funny bone. 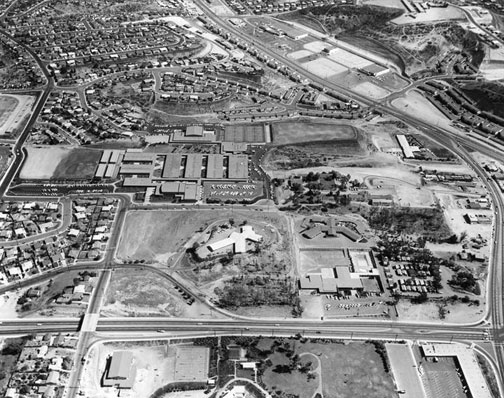 While looking at a WWII draft registration on Ancestry.com, I saw that the young man had been hospitalized at the Vauclain Home.  Some online research led me to TB Sanatariums in San Diego, including Vauclain in Mission Hills, very near the Old County Hospital.   More interesting was a reference to one of the first TB sanatariums, Rest Haven, which eventually became Villa View Hospital, very near Crawford.  Here is just one short paragraph from the Reader 1993 article:  In addition to the boarding houses, two major institutions were accepting tubercular patients in 1920. The oldest was Rest Haven, established in 1913 by the San Diego Society for the Study and Prevention of Tuberculosis. Originally an open -air camp, it evolved by the late 1930s into an elaborate complex including a hospital building (still in use today as Villa View Community Hospital). During World War I, Rest Haven restricted its care to servicemen with TB, but by 1920 it had modified its mission to care for children aged 3 to 12 who were in an anemic condition or who had had contact with TB -- Sharon Sceper Cramer ’68

(That's Villa View in the middle of the Crawford aerial above.  Click HERE to see three early aerial photographs of Crawford) 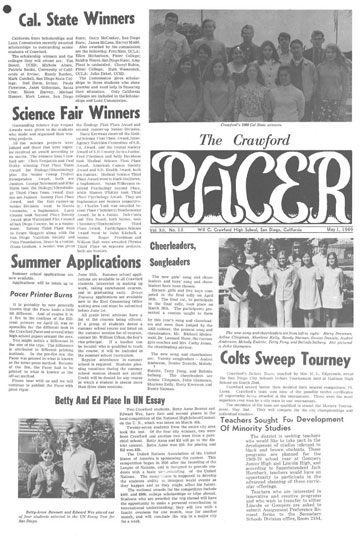 Click HERE to read all six pages of the Golden Anniversary Pacer from May 1, 1969