IT'S NANCY'S BIRTHDAY -- and Mariachi Night at the Amigo Spot.  Feel free to stop by and snag some Carrot Cake.  These are NOT your padre's mariachis.  Be prepared for "Black Magic Woman" and a litte Pink Floyd -- plus the traditional favorites.

Susan Wilkerson McCasland '71 says she's stuck in southwestern Ohio, where there are ZERO good Mexican restaurants.  Lately she's been dreaming about Pat Brillo's, the favorite family restaurant of her youth.  "Who WAS Pat Brillo and what became of his restaurants," she asks.  I don't know, but I recall eating at a Pat Brillo's near the downtown library.  Nancy says she applied for a job at Pat Brillo's on 43rd and University, but they wanted her to work six 6-hour days.  "Hold on," I replied, "MY favorite Mexican restaurant -- Julio's -- was at 43rd and University."  Turns out the late Julio Arreola worked for Pat Brillo and later bought him out.  Click HERE to read an informative obituary of Sr. Arreola.  Click HERE to learn about the man who drug Susan to southwestern Ohio.

LOST AND FOUND -- Dianna Hill Hodges '63 is looking for her classmates Cynthia Williams Murray and Alice Krauss Workman.  Don Scott is now on the '72 Email Page, thanks to Nancy Wendland Pomeroy '74 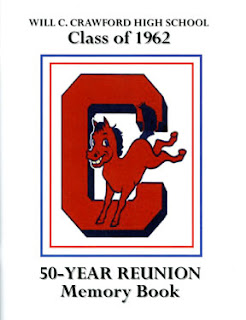 The Class of '62 Reunion Committee had its final meeting, at Mike Rossman's Terra Restaurant.  Under the capable leadership of Beverly Swaim Wickstrom, the group realized a profit of $3,800, $500 of which will be donated to the Crawford Foundation.  The rest will apparently be spent on annual parties.  Nice!!  Lynn Routt Swanson receives kudos for the best Memory Book ever -- 60 pages of color photos and biographies.  There may be a few left.  The cost is $20.00 Contact Lynn at swansong@cox.net 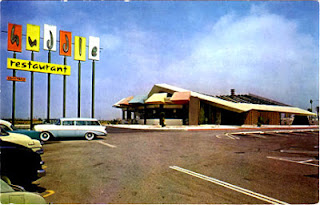 Gary Cliser, who may be the John Fry of the San Gabriel Valley, has sent me a link to HIS web site.  I suspect you'll enjoy it as much as I did.  Click HERE to visit Southern California in the 1950s. 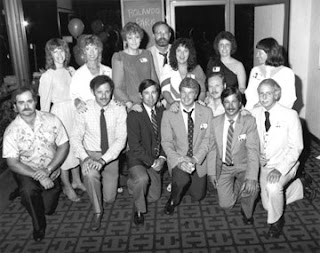 Here's a photo of the Rolando Park contingent at the Class of 1963's 20th Year Reunion.  Glenna Morrow Jacket, who donated the photo, is standing second from the right.  I think that's Mike Crawford kneeling, third from the right.  I wonder who the guy in the middle is, daring enough to sport no facial hair.  Click HERE to check out the enlarged version. 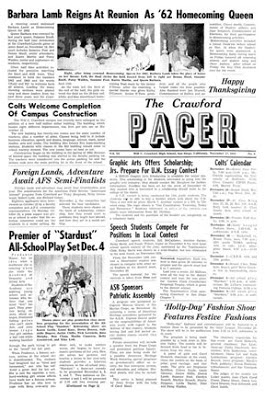 Barbara Lamb '63 was December Girl of the Month AND Homecoming Queen in the Golden Anniversary Pacer of November 21, 1962.  Miniature Golf was 25¢ a game at The Swing Club, 4302 El Cajon Blvd.  That's where I hung out.  Click HERE to read all about it!! 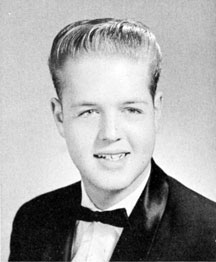 I received a flurry of emails earlier in the week alluding to the passing of George Brown '60.  So far I haven't gotten any details. 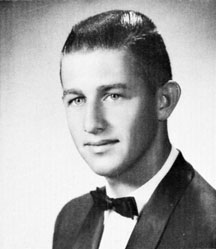