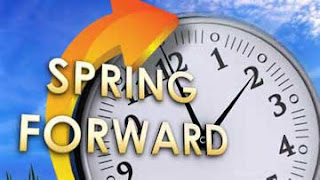 Yippee!!  Daylight Saving Time begins on Sunday.  Set your timepieces an hour forward.  Some of us will be getting up in the dark, but it's worth it because it'll stay light an hour longer.

Remember when people would say "It was deja vu"?  I blame it on Yogi Berra that folks started saying "It was deja vu all over again."  In an article this week in the San Diego Union Tribune a gentleman was quoted as feeling like "The white elephant in the room."  This is the second time I've heard this mixed metaphor and I fear it will become the norm.  I'm thinking about "Taking the bull by the horns -- and letting the chips fall where they may." 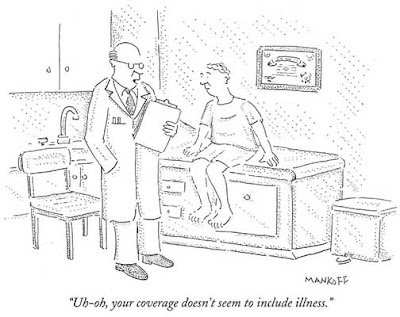 Bob Mankoff, cartoon editor for the New Yorker, is stepping down after 20 years.  Click HERE if you'd like to read the article in the New York Times. 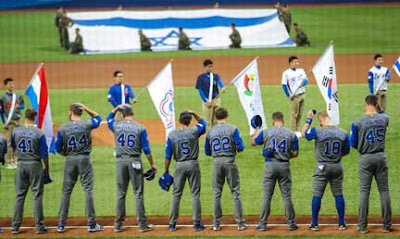 Who knew?  Israel cobbled together a team for the World Baseball Classic and, as of this writing, they've won their first three games.  They're giving credit to the Mensch on the Bench.  In the photo above, from an article in the New York Times, team members are trading caps for yarmulkes during the national anthem.  I love the World Baseball Classic.  In Monday's game, Chinese Taipei fielded a player with the last name of Hu.  It conjured up visions of Abbott and Costello's Who's On First. During the last WBC, as God is my witness, three players from South Korea batted consecutively -- all with the last name of Lee. 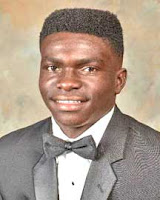 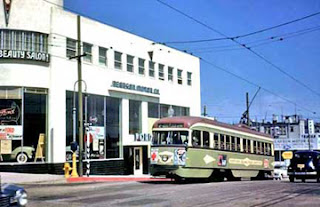 Last week I showed this photo of a streetcar heading west on Broadway at 12th Avenue in the late 1940s. 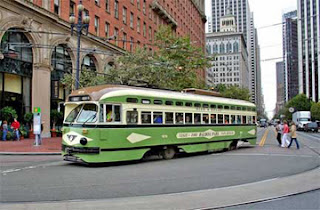 Steve Keller '65 sent a photo of a San Francisco streetcar painted to honor what the experts call a PCC streetcar, which -- we learn -- operated in San Diego from 1937 to 1949. 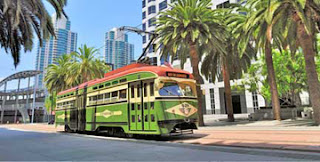 Turns out San Diego ALSO runs a PCC streetcar on what is known as The Silver Line.  The schedule is cleverly designed to keep me from ever seeing the car in operation, since I don't drive and Nancy comes down on Mondays and Fridays.  Click HERE to check it out for yourself. 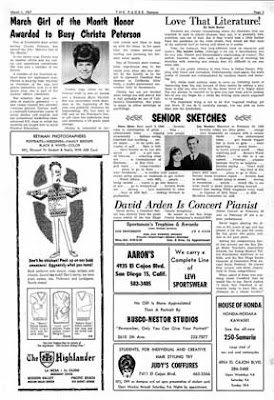 I've totally forgotten to post the Golden Anniversary Pacers.  Click HERE to read the issue from March 1, 1967.  Christa Petersen was voted March Girl of the Month.  I believe Christa is now a physician in Las Vegas. 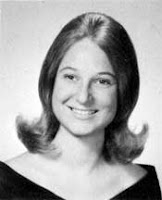