I love the artwork that sometimes accompanies articles in the New York Times.  This one came with a piece entitled "Move Over Wikipedia, Dictionaries Are Hot Again!"

A new restaurant is coming to Pacific Beach.  It's called the Waterbar and will be located in the spot previously occupied by Joe's Crab Shack, Rusty Pelican, and Halligan's 4 Fish.  PB Ale House has been featuring entrees that will be on the Waterbar menu.  I almost ordered the Tuna Melt, until I read the ingredients and recoiled in horror: "Orange Juice-poached medium-rare Wild Albacore, mayonnaise, pickle, dill havarti, on an open-faced brioche."  That is NOT a Tuna Melt!!  My friends had to hold me back.  I wanted desperately to get in the kitchen and bitch-slap the chef. 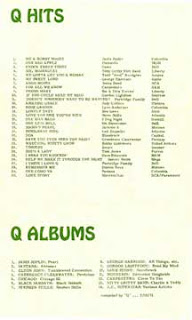 Janis Joplin's "Me and Bobby McGee" was number one on the KCBQ Top 30 list from February 19, 1971.  CLICK here for a larger version that may be legible. 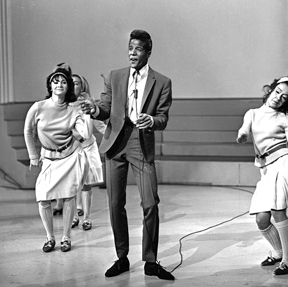 Bobby Freeman died January 23rd.  His 1958 "Do You Wanna Dance" symbolized music of the '50s. No, he didn't go to Crawford.  Some of us are of an age to bemoan his passing. 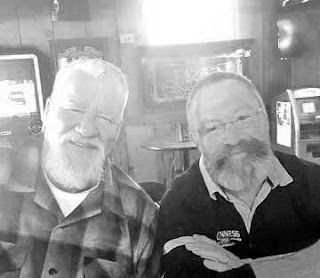 Greetings from Oakdale, California -- gateway to romantic Modesto.  '66 classmates Ken Burton and Richard Morse apparently met up in a bar somewhere between their respective abodes in Tracy and Sonora.  I know I shouldn't criticize, but the photo was taken without a fill-in flash with a Budweiser neon sign in the background.  I had to convert it to black and white for it to be legible.  Actually, it makes the guys look kind of distinguished. 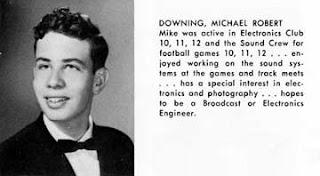