How was your Rosh Hashanah?  Mine was hilarious.  I lost count of the number of folks who gently tried to explain the difference between blowing a chauffeur and a shofar (Ram's horn).  I won't reveal the name of the lovely lady who said "Either one works for me." 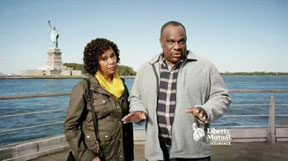 Have you seen the Liberty Mutual Accident Forgiveness ads on television?   Like a growing number of advertisements, they are humorous -- which is a good thing.  I got a laugh when I finally noticed the fine print below (you won't be able to read it) noting the fact that it wasn't available in California. 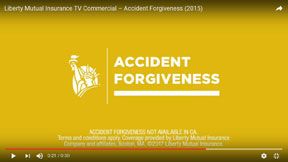 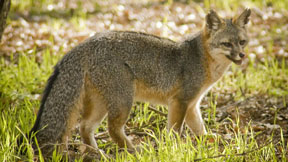 Ernie Cowen '62, who's starting to read a little like Ernest Hemingway, shares his steak drippings with a Gray Fox in his most recent Outdoors Column.  Click HERE if you'd like the juicy details. 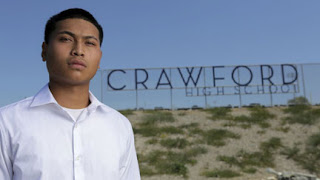 Here's a new one.  A high school football referee has sued the San Diego Unified School District and a teenage Crawford High graduate, claiming $1 million in damages for injuries that he says the former student caused him during a game three years ago.  Click HERE to read the article in the Los Angeles Times. 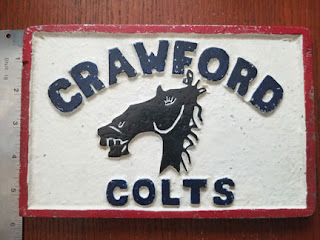 I was at the San Diego Auto Swap Meet on Memorial Day at Qualcomm and found this Colts aluminum plaque. I had a translator help me speak to the guy and -- as the story goes -- he was renting a house and he found this in the garage. When we asked him where the house was or the address he said no more.  Anyway I purchased it for a dollar.  I recall making things in metal shop but I don’t recall this.  It’s 5 1/2” by 8 1/2”  -- Earl Asbury ‘64

Have you seen those bumper stickers for folks who run the marathon?

How about the ones for people who do the half-marathon?

They now have one customized for the rest of us. 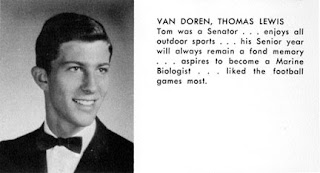 Tom Van Doren '66 passed away September 8, 2018.  His classmate Don Levine remembered that Tom worked as a commercial fisherman in the south Pacific for eleven years until he was cut by a cable and got gangrene in his leg.  On a small air strip atoll the doctor wanted to amputate, but Tom wouldn't let them. He made it back to Hawaii, got care and kept his leg. He surfed his whole life, had a great smooth style. Loved his Baja surf trips. Tom was married for a while to Lynn Ballard.
Posted by John Fry at 6:11 AM No comments: