Not a lot happening in Coltville this week.  Nancy and I drove by Crawford and, as this Google Streetview image indicates, they've repainted the school.  Looks good to me, but I was never a fan of the Red, White and Blue color scheme seen below. 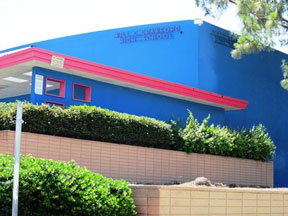 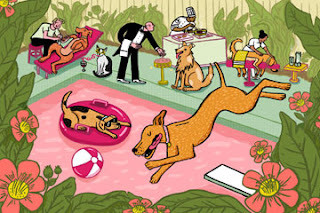 The end of the world is near.  According to an article in the New York Times, over 500,000 pet owners have paid for Neuticles -- prosthetic testicles -- for their recently-neutered male Fur Babies "so their pet will maintain its dignity and self-esteem". 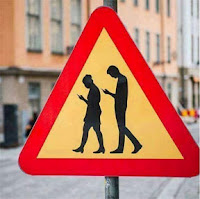 Honorary Colt Paula Kincaid shares this street sign, which looks European to me, and may not be a joke.  I think it's the international symbol for Watch Out For Idiots Looking at Their Phones Instead of Oncoming Traffic. 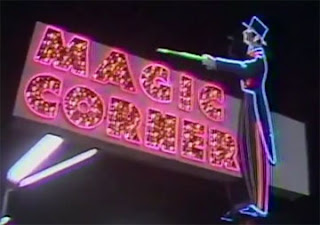 Click HERE to look at a 90-second 1978 Channel 8 video of neon signs along El Cajon Boulevard. 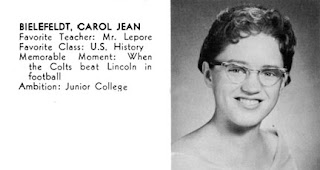 Carol Bielefeldt Wolfe '59 passed away June 21st and was laid to rest at El Camino Memorial Park on July 3rd.