Nancy and her daughters have been at the Grand Canyon this week, with side trips to Flagstaff, Jerome and Sedona.  I expect they'll get up at the crack of noon today to begin their trip home. 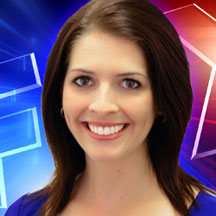 Fox 5's Krysti Wolski contacted me Tuesday evening.  She wanted to interview me about the great storm that hit Pacific Beach sometime in the misty past.  I told her she was probably talked about the freak storm that knocked a third of Crystal Pier into the sea in January 1983.  I told her I was heading out to dinner and would be unavailable for an interview.  I suggested she call Crystal Pier and talk to Jim Bostian.  Apparently Jim was unavailable also, 'cause Krysti and her camera man showed up on my doorstep after I got home.  I can't stay up past 10, so I don't know if the piece made the news.  I was still depressed to learn that neither Krysti nor her camera man had even been born in 1983.

Sharon Cramer Sceper's father was a postman in Linda Vista, Janice Ricca Hom's husband was a mailman on Wheatstone, and Barbara Bright Wilder has just MOVED to Wheatstone, but no one apparently recalls the "Ghost of Wheatstone Canyon" hoax mentioned last week by Richard Bouman.  Sarah Leddick recalls another ghost, however -- the Proctor Valley Killer!! 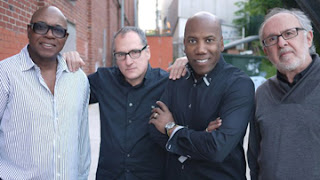 I think it was a month ago that Bernadine Berlin Temple '62 sent a snapshot of herself and world-renowned bassist Nathan East '73 taken in Barcelona, Spain.  Nathan's back in San Diego long enough for two performances with Fourplay (7:30 and 9:30) tonight at Anthology in Little Italy.   Nathan is second from right in the above group photo.  Click HERE to read George Varga's article about Nathan in the San Diego U-T. 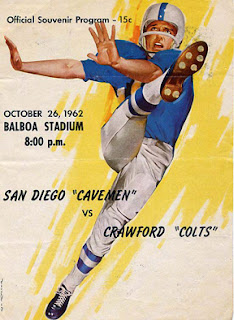 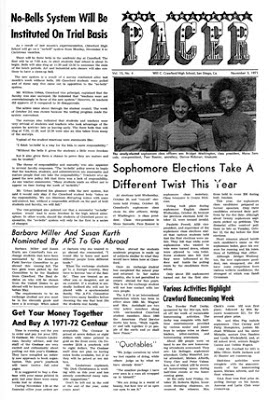 The November 5, 1971 Pacer, donated by Velinda Clanton Peterson '72, has an ad for the California Driving School.  Was Driver Education no longer offered at Crawford in 1971?  Click HERE to read the paper.