IT’S DARK OUTSIDE and my heater’s going full blast inside, but — yay!! -- the days are gonna start getting longer come Monday.  And I believe it's supposed to hit 80 on Tuesday when much of America will be watching the Aztecs play Navy in the Poinsettia Bowl.  When Nancy arrives from Escondido we’ll be off to the Waffle Spot and then on to Von’s. 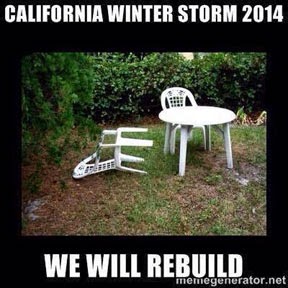 I got a kick out of this take on the storm damage some of us suffered during last week’s storms. 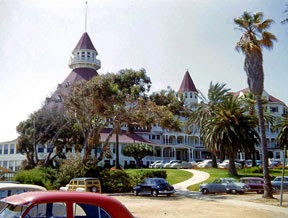 Here’s another photo posted on Facebook courtesy of Pea Hicks.  It’s the Hotel del Coronado, of course, and appears to have been taken around 1952.  Click HERE to view an enlargement. 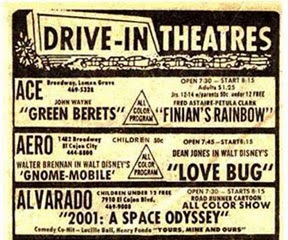 I’ve added a list of drive-ins to the one I’d already posted.  One appears to be circa 1967 and one 1968.  I just can’t remember which is which.  Click HERE to check them out. 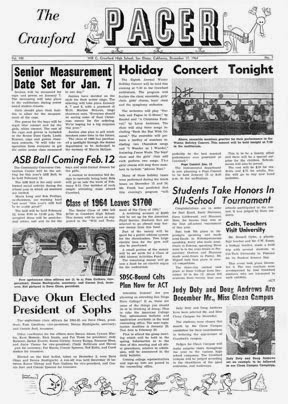 The Golden Anniversary Pacer is the Holiday Issue from December 17, 1964.  Diana Loss and Stephen Hill are the Senior Sketches and Ted Nichols’ ‘55 Chevy won Heap of the Week.  Click HERE to check out all 8 pages.