Thanks to those of you asking about Mom.  Her physical health is good, but her cognitive faculties seem to be slowly fading.  She still manages a little Mona Lisa smile when I visit.  Sadly, Frances, a new patient at the home, has had to be moved to another part of the facility during my visits.  She was enjoying me a lot more than Mom and, somewhere along the way, decided that I was her son.   It would have been a good thing except that she sobbed and clawed at the glass in the front door when I left.  Old age is NOT for sissies!


Remind me to send a Sympathy Card to Attorney General Eric Holder.  I know what it's like to be held in contempt.  I never DID get a date for the Senior Prom

The Los Angeles Zoo has promised a full investigation into the death of a baby chimpanzee, allegedly at the hands of a rival male.  Good luck getting a confession out of a chimpanzee; not to mention empaneling a jury of his peers.


Subscription envelopes for the Classes of '61 and '64 went in the mail this week.  The $30 annual membership helps underwrite the work I do on the web site and blog.  You can also subscribe on line. 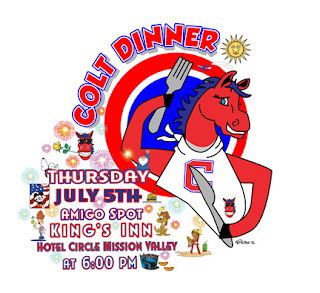 Ron Klein has offered to save two spots at the Big Kids' Table for Nancy and I at the upcoming First Thursday Fiesta on July 5th.  I had to tell him that, while I like to support First Thursday, I prefer to sit away from the crowd.  Doesn't mean I don't enjoy hearing from folks who want to stop and say hello. 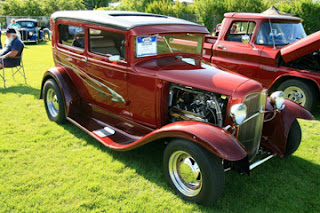 That's Jim "Santa Claus" Smith '63 seated in the lawn chair at the left.  He's showing his '31 Ford 2-door with the "all chrome 350" engine at a get together in Kalispell, Montana

Bob Mardon '64 saved his Kindergarten through 6th Grade class photos from Oak Park Elementary and has now shared them with you.  That's Kindergarten above. 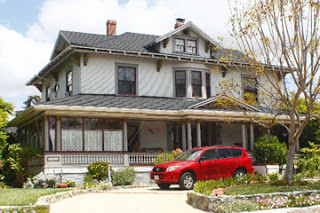 Paula Adler Sloan '68 is interested in a History of the El Cerrito neighborhood, especially the background on what she's calling the Castle House, the Farm House, and the Cape Cod style house.  If the house above, at 5602 Adams Avenue, is the "Farm House", I have its history also.  A couple years back Nancy bought a book about the history of the East San Diego Police Department.  It mentioned the home above and told about how it got to its present site from University and Fairmount.  We eventually found the place and, as the owner was on the front porch, I swung in the circular driveway and made Nancy introduce us.  She got a tour of the house and, since Newell Booth, organizes historic tours for classic cars, I was able to provide a custom tour of historic Pacific Beach, while he provided the Hupmobiles and Stanley Steamers.

At "Boys' Night Out" last Friday I shared the story of my Costco purchase, and got a Thumbs' Down on the Kirkland Bourbon from good buddy Vince.  "It gave me a headache," he said.  On further reflection he allowed that he probably should have drunk it in two sittings.  I had a taste and gave it a Thumbs' Up.  I'm not in Vinnie's league, however.  There's a real good chance I'll still have plenty left when New Year's Eve rolls around.

A whole bunch of you actually submitted stories incorporating the Kirkland Bourbon, 24-pack of AA batteries and Turkey Jerky.  Lynn Routt Swanson '62 abstained, waiting to hear if it had to be a G-rated tale.  She must have read my mind because I really was thinking about an old "Two and A Half Men" episode when I wrote.  It was the one where long-suffering Alan stormed into the house with a woman he met in the produce aisle.  They were doing who knows what in the bedroom for hours when Alan emerged in his BVDs.  "How's it goin'?" asked Charlie.  "GREAT!!", said Alan, "Now I need a step ladder, a rubber chicken, and some chocolate syrup."


On closer inspection it would appear that I purchased a 40-pack of AA batteries, not 24.  I hope I don't fall victim to the Matt Pupkaris syndrome.  Matt is a friend who bought a giant carton of Q-tips, then wondered what he was going to do with a gazillion of the items.  He started giving away the smaller packs and, a week later, had to go back to Costco.  He was out of Q-tips.  I would have gone to CVS. 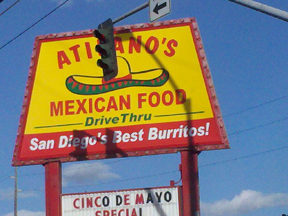 I've run into Lee Harris '59 at Good Time Charlie's twice in the past few years.  Interesting, since he lives in Dunwoody, Georgia.  Now he's asked for the name of the Mexican Restaurant advertising San Diego's Best Burrito's.  I've reminded him that it's in Spokane, Washington.  Be on the lookout, Tim Abbey.

I recently discovered Cathy Moorhead Keyser '62 passed away on February 23, 2002 in Olympia Washington.  Cathy went to Horace Mann and attended Crawford but graduated from a high school in Hawaii. She went on to become a registered nurse -- Donna Ochiuto Rydon 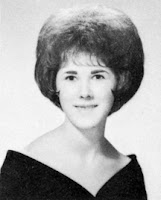 It is with much sadness that I report the death of Karen Anne Sather '63.  She passed away on April 22, 2012.  I do not know the details of her death, but she had been ill with Crohn's Disease for a number of years.  Her sister asked me to share this information with Crawford Colts who knew her -- Joan Sanders Minnick
Posted by John Fry at 5:38 AM No comments: