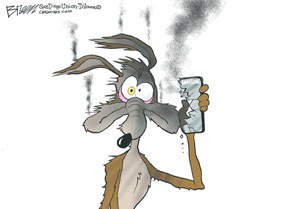 I got a kick out of Steve Breen's take on the exploding Samsung Galaxy 7 phones.  This appeared in the September 15th Union-Tribune.

The Crawford Colts football team lost Friday's neutral conference game against Clairemont by a score of 29-8.  They will travel to Coronado to play the Islanders this evening at 6:30 PM

Basketball season is just around the corner, and Coach Dwight McDonald, Jr. is looking for financial assistance for his Girls’ Basketball program.  “We are setting the bar pretty high”, says Dwight.  “We are trying to raise money for bus transportation to and from games, and for shoes and equipment for our student athletes.  Click HERE to take a look at his GoFundMe page. 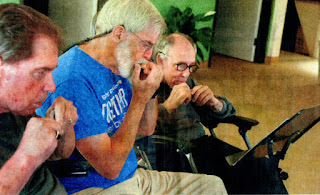 John Floodberg '62 (that's him on the left) was pictured playing the harmonica in an article in last week's Union-Tribune on the San Diego Parkinson's Association struggle for survival.  Click HERE to check it out.

It's probably too late to use this coupon for Don's Drive-In, which appeared in the Golden Anniversary Pacer for October 13, 1966.   That and the fact that Don's was demolished many years ago.  Click HERE to see a current Google street view.  Click HERE to read all four pages of the Pacer. 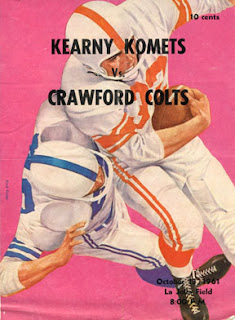 Boy, you don't see pink football programs very often.  This one was for the Crawford-Kearny game played at La Jolla on October 13, 1961.  Click HERE to check it out. 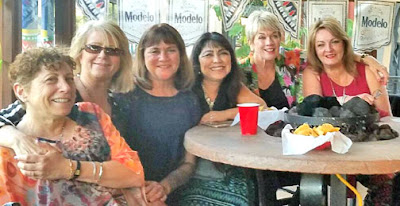 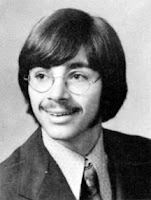 Caren Steinberg Brewer '76 thought we should know that her brother Allan '73 passed away December 5, 2013.  Click HERE to read an obituary.