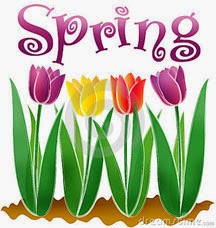 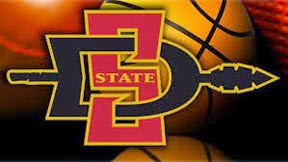 About three hours into Spring, the Aztec Men's Basketball Team will meet St. John's in the NCAA tournament Round of 64.  It will be broadcast on CBS at 6:40 PM Eastern Time. 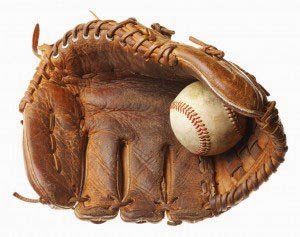 The baseball season is upon us and Coach Cedric Neeley could use some gloves, mitts, bases, masks, certified bats, helmets and uniform items.   If you have any of the above items in the garage, perhaps you can drop them off at school.  A certified bat, I am told, is an aluminum bat that is certified.  In addition the Crawford Foundation has set up a GoFundMe account.  I'm hoping it will be as successful as what we did for soccer.  Get out your credit card and click HERE to contribute. 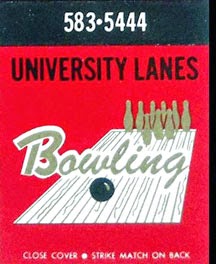 Greg May's Vintage San Diego Facebook page now has an album devoted to University Lanes and a Google street view link so you can see what's there now.  Those of you have been reluctant to join Facebook might want to think about it.  Click HERE to check out the album.  It's a slide show, so click on the first photo to get started. 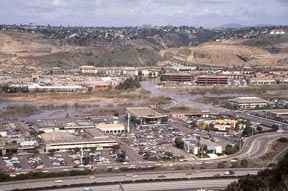 I've decided to start cataloging the thousands of slides I've taken around San Diego over the last 35 years.  I'll scan the good ones and share them with you.  Here's one of two photos I took on February 20, 1980 showing the flooding in Mission Valley.  I'm now more interested in the fact that I captured a photo of the old Mission Valley Circle Theater and, nearby, Caesar's Restaurant.  Click HERE to see photos enlarged. 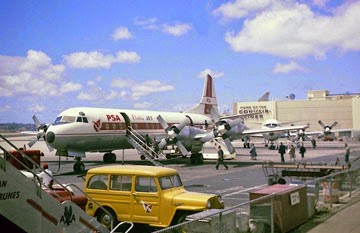 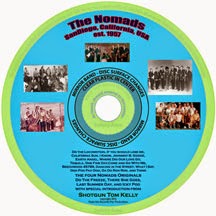 Lew Fay has made a cut from the Nomads album available to the public.  Click HERE to listen to it on YouTube.  It's accompanied by a nice slide show, with a photo of what I think might be the Pacific Highway Oscar's Drive-in. 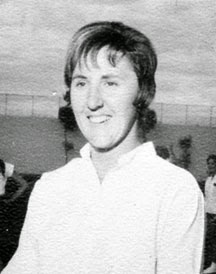 Karen Lozier, a popular PE teacher died March 6th in Lakeside.  My tennis partner Teresa O’Malley and I kept in touch with her after high school and, Teresa more than I, knew her family.  I believe she died from a lung related disease and had been fighting it for some time.  There is no service planned and her brother from Phoenix is handling her estate -- Linda Dederman ’69 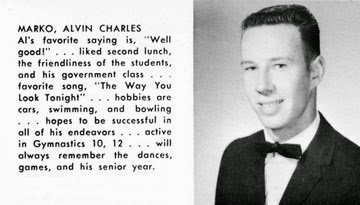