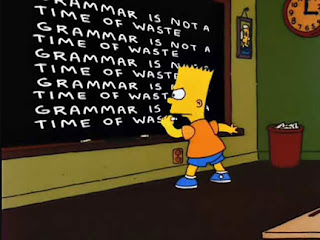 WHO’D A THUNK IT?  A number of folks out there have been suffering over the years because of my bad grammar.  “I've bitten my tongue for years over your misuse of pronouns,” says one.  “I . . . choked when I first read your grammatical gaffe. Sally Rice Fox deserves high praise for holding you to the fire," wrote another.  I assume he meant holding “my feet” to the fire.  “We've lost so many good things from our language, I am determined to preach about this as long as I have breath,” emailed a third.   I’ll try to do better, but -- thanks to social media -- I think the SS Good Grammar ship has sailed.

I couldn't resist sharing this Bliss cartoon from earlier in the week. 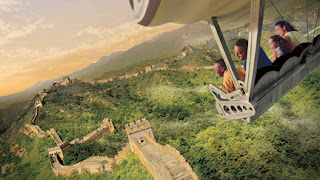 Louie Schwartsberg '68 hopes, if you're headed to Disneyland, you'll check out Soarin' Round The World, the ride film he directed at California Adventure.   "It opened on Father’s Day and I am told it is the most popular ride at Shanghai, Epcot, and Anaheim," says Louie.

The Junior World Golf Championships are taking place in San Diego this week and Colina del Sol is hosting the Under 6 Division.  Click HERE to read a cute article about golfer Trey Amico, with raves about the remodeled Colina del Sol. 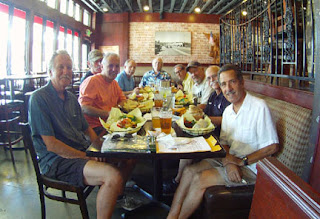 The Affarations met again, after 50 years, on June 30th at the Downtown Cafe in El Cajon.  Click HERE to get your questions answered.

Bob Lutz ’64, the Paul E. Treusch Professor of Law at Southwestern Law School, has been selected by the American Bar Association Section of International Law to receive the Section’s 2016 Lifetime Achievement Award. The award will be presented at the ABA Annual Meeting in San Francisco on August 5, 2016. 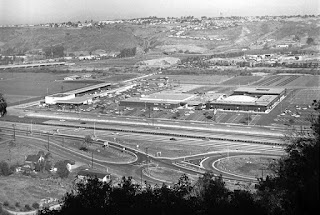 This Bill Reid photo of Mission Valley West, taken in the early '60s, popped up this week on Greg May's Vintage San Diego Facebook Page.  We're looking north at Courtesy Chevrolet, DeFalco's Market, and the ice skating rink.  I think that's Holliday Farms in the foreground.  Click HERE, if you have Facebook, to see a larger view, plus some additional closeups. 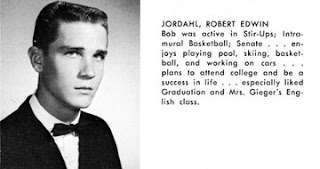 Robert Jordahl '65 passed away July 13th after a 10-year battle with cancer.  I hope additional details will follow.