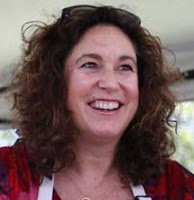 I'm not sure how old Cindy Cohen Marten is, so I'm not sure what years she attended Horace Mann  Junior High.   She went on to graduate from La Jolla Country Day School and is now in her fifth year as Superintendent of the San Diego City School system.  Click HERE to read the article in the Union-Tribune.

Yonis Muya, a recent Crawford graduate born in Kenya, is featured in a nice Union-Tribune article this week.  He turned to boxing after watching his father beat his mother and being unable to help her.  Click HERE to read the article.

Paula Adler Sloan '68 asked,  "Where was the restaurant 1520 AD?"  I actually knew the answer.  The restaurant, patterned after the era of King Henry VIII, was located at 2633 El Cajon Blvd, where the Chicken Pie Shop is today.  From 1939 to 1969 it was the site of the Haynes Streamliner steak house.

Gary Mitrovich posted this shot on Facebook.  It shows the #7 streetcar heading east on University at Euclid for the last time, on April 20, 1949.  In the Google Street View shot below you can see the same 2-story brick building peeking out at the left center of the photo.