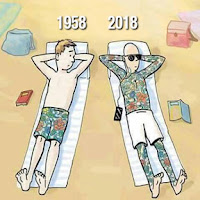 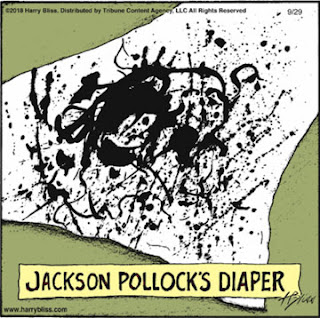 Here's a cartoon from Harry Bliss that I got a kick out of.
You need to know Jackson Pollack's work to appreciate it. 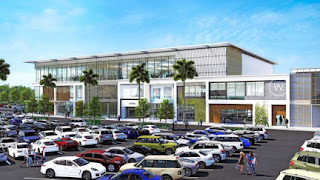 National news this week talked about Sears filing for bankruptcy. Click HERE if you'd like to read an article on "Sears Through The Years".  Locally, plans for a new development on the old Sears site at UTC were revealed.  Click HERE to read the article in the UT.

You're getting on in years if you can say you shopped at the "Old Sears" -- in three different locations. 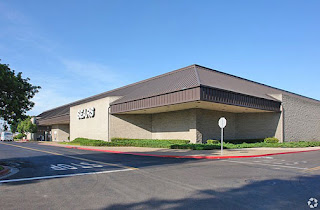 In Hillcrest, at 1290 Cleveland Avenue.

(Click HERE to revisit a previous web discussion of this store) 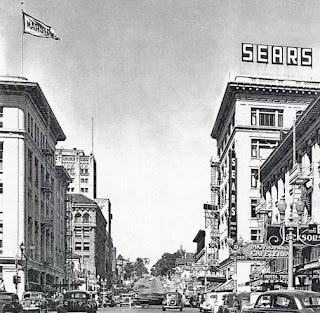 Downtown, at the northeast corner of 6th and C.  This photo looks north on 6th. 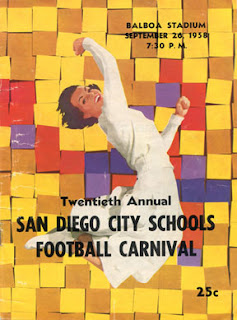 Remember the City Schools Football Carnivals that kicked off each prep season?  Crawford played La Jolla in the first quarter of the match held on September 26, 1958.  Click HERE to peruse the program.  Dear God in Heaven -- the fourth quarter started at 9:50 PM!!! 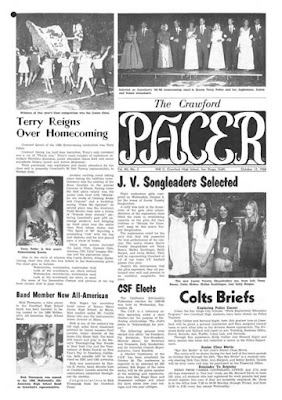 The coronation of Terry Potter as homecoming queen headlined the October 17, 1968 edition of the Pacer.  Click HERE to read all four pages. 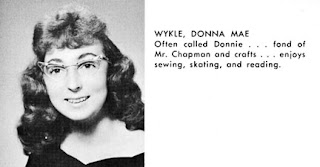 I've just learned of the passing of Donna Wykle Woelfle '60.  She was born in East Peoria, IL on March 10, 1941 and died in East Peoria, IL on August 4, 2018.  I wonder how she ended up graduating from Crawford?  Click HERE to read an obituary and sign the Memory Book.  Donna's husband Irv would like to hear from Emily Adams Byerley, who attended their wedding on February 20, 1960.