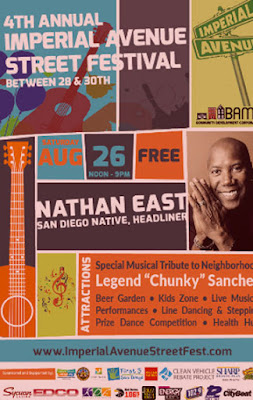 What were the chances?  August 26th was proclaimed "Nathan East Day"AND Nathan East performed at the Imperial Avenue Street Festival, also on August 26th.  "I am humbled beyond words," said the 1973 Colt at the presentation. 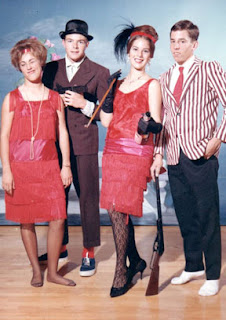 Betty Greenwood Houbion (she's the one with feathers in her hair) shared this photo of the Class of 1964's "Roaring Twenties" Party on Facebook.  Bill Graham is wearing the derby and Bob Mitchell is holding a rifle.  Who is the girl on the left? 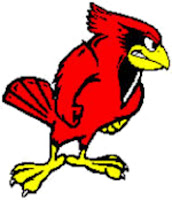 The score was 31-0 at end of last Friday's football game between Hoover and Crawford -- and Hoover was the team with zero points.  Kudos to Coach Wright and the team.   They host Southwest SD tonight at 7 PM at Lincoln.