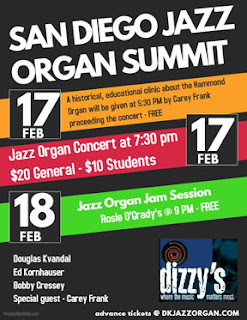 There's big doings coming up, if you're into the Hammond Organ, thanks to Doug Kvandal '66.  I can't quite figure it out, but the image above has all the info -- I think.  A freebie at Rosie O'Grady's in Normal Heights on Sunday at 9 PM and a $20 concert at Dizzy's on Monday, preceded by a free educational clinic at 7:30.  Contact Doug, if you have questions, at dkvandal@gmail.com or 619-337-5005   This just in!  Click HERE to read a nice piece about Doug's Organ in this week's READER.

Ernie Cowan's Outdoor Column this week is entitled "Sourgrass brings back fond memories of youth."  It certainly does for me.  Sourgrass grew next to my neighbor's retaining wall and I would regularly grab a handful to chew and savor -- until I noticed the neighborhood dogs were using the site to mark their presence.  Click HERE to read Ernie's article. 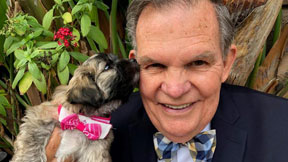 Diane Bell's column in yesterday's Union-Tribune noted that County Clerk Ernie Dronenburg would have "four cute and cuddly Havanese puppies dressed to be ring bearers and flower-carrying bridesmaids for the first 30 couples who showed up to get married at the County Administration Center.  Click HERE to read her column.

The End of the World is Near!  Donut Bar, coming to a location very near me, will feature Donut and Beer pairings on Friday and Saturday nights.  And I thought Avocado Toast was the yuckiest thing I ever heard of.  I wonder who the lucky teenager will be who gets to hose down the Morning After detritus the next day. 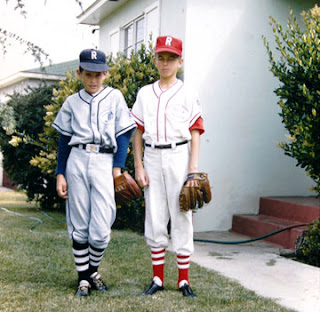 Ron Klein '66 shares a wonderful color photo of his classmates Charlie Neuman and the late Harry Butler in their Rolando Little League uniforms circa 1959.  Remembers Ron, "All of the uni’s were the same style only with different sponsor patches and, of course, different colors.  Eddie Herrmann and Bob Boone wore purple.  When I was 10 I was yellow (wool) and the next year we had a new sponsor so we were green and cotton like these.  Our sponsor was Greenwood Mortuary." 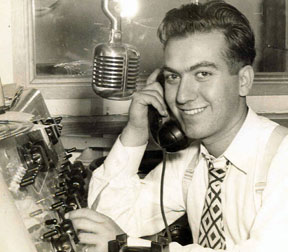 Remember DJ Art Laboe?  Me, too -- sort of.  Not only is he not dead, he's still on the air at age 93!!  Click HERE to read his fascinating history. 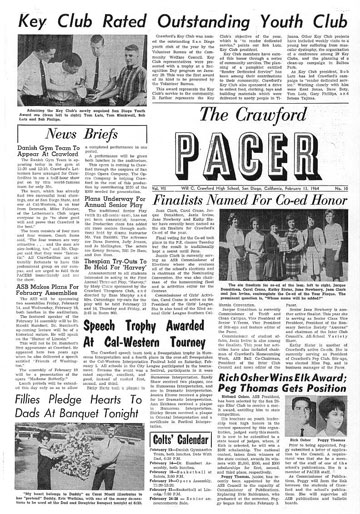 Turns out the 45th Anniversary Stone is Sapphire, so here's the Sapphire Edition of the Pacer for February 13, 1964 -- almost 45 years ago.  Click HERE to read the complete issue. 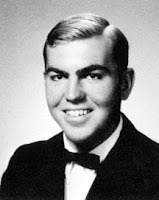