NANCY’S SWOLLEN KNEE returned to normal just in time for her to take to her bed with a cold and 104 degree fever.  That seems to have passed and now she’s barking like a seal with a bad cough.  Hopefully she’ll be well enough to venture down from Escondido for breakfast at the Waffle Spot. 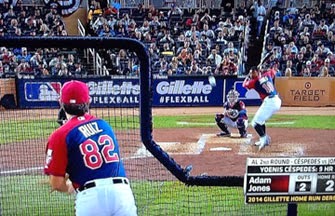 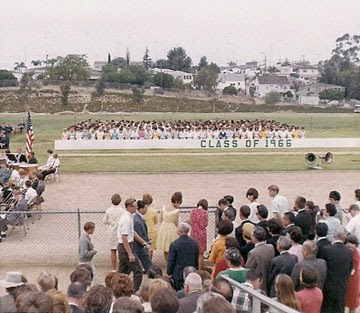 Did you graduate from Horace Mann in 1966?  You might be able to see yourself in this photo from Barbara Goetz Cook ‘69, especially if you go to the 8 x 10 enlargement.  She also shared snapshots from Rolando Park in 1963 as well as 6th Grade Camp.   As if that wasn’t enough there are six surfing photos from Windansea Beach circa 1969. 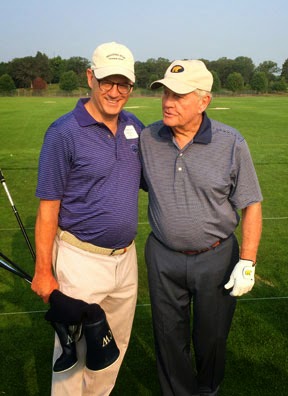 I wonder how thick the carpeting is at Charles Wax’s office on Waxie Drive?  I’m pretty sure the ‘68 grad is enough of a golf fan that he might practice putting while at work.  It would appear that he attended the Championship Tour stop last weekend in Minnesota and picked up some driving tips from the club pro.  Oh, wait — that’s Jack Nicklaus.