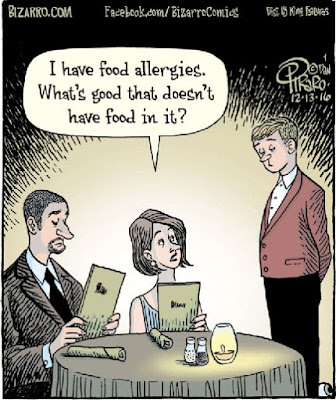 Perhaps the lady above would like some of the stuff below.  I don't know what it is, but it's organic and it's 50% off at Sprouts this week. 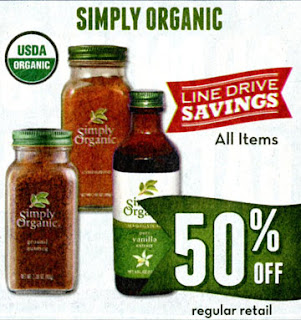 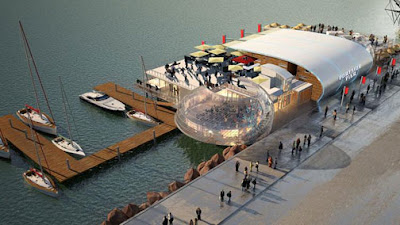 Remember Anthonys on the embarcadero?  Word came down this week that the folks who own the Brigantine Restaurants have won the contract to build a new dining facility after Anthony's closes next month.  Click HERE if you'd like to read the article in the Union-Tribune 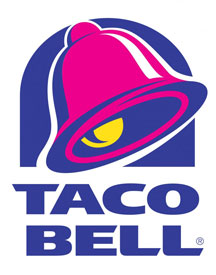 It sounded like "Carrying Coals To Newcastle" when I heard that Taco Bell was opening 45 Taco Bells in Spain.  Turns out there are 31 there already -- and tacos don't come from Spain anyhow.  My Google search turned up an interesting site:  12 Beautiful Taco Bells You Never Knew Existed 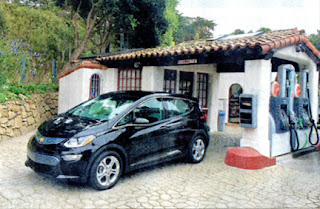 The photo above, illustrating an article in the LA Times on the new all-electric Chevy Bolt EV, caught my eye.  The gas station looked identical to a Richfield station my aunt and uncle ran near Malibu in the 1950s.  Turns out it's actually an electric recharging station.  Click HERE if you'd like to read the article.


I remember the Walk for Mankind,   I did it!  And remember wearing out a pair of sandals – before we knew about athletic shoes, eh?  I was sore for weeks!  Yet, it was a good cause.  Do not remember the route, sorry!  Maybe Mission Bay?  Thanks for the memory -- Marsha Rubin Steinfield ’74

Oh, I remember that walk well.  I finished all 20 miles but it was grueling and my friend, Rose Ponce (’72), kept getting bursts of energy and was definitely much more up to the challenge than I was! I can’t remember the route, I was too busy being miserable --  Debra Rogers Park ’72

I remember that Walk for Mankind ! It was 30 miles, not twenty if I remember correctly.  There were times when I could only put one foot in front of another.  One step at a time.  I'm not positive, but we may have started in Balboa Park or on Mission Bay, or walked through these areas.  I remember walking Sunset Cliffs, but don't know where we ended.   I made a bet with my fellow high schooler's that I would walk the whole 30 miles... and... come to school the next day - and I did.   Thanks to the Epsom Salts my mom soaked me in I made it to school the next day, blisters and all.  I still remember the orange sandals I wore that day to school so I wouldn't rub my blisters .  I have told many people over the years about that walk, but I don't think they really believe that I walked 30 miles around San Diego.  It took about 8 hours to complete -- Susan Tell Damberger ’70 (Sacramento) 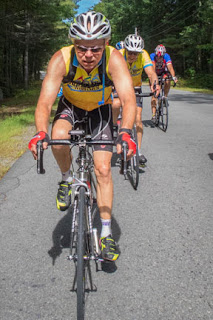 That's Michael Byrne '64 leading the Charles River Wheelmen on a warm September 2016 day in the apple country west of Boston.  I wonder what he's doing today.  The weather report for today in Framingham, MA -- where Michael lives -- shows a low of 11 degrees.  Luckily it's supposed to warm up to 17 later in the day. 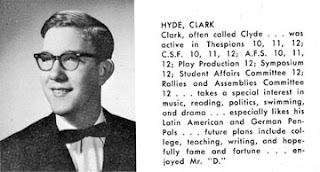 Clark Hyde '65 passed away in 1989.  We know this because Jerry Lame, brother of my classmate Marcia, was heard a lecture about why certain people like certain music and recalled that Clark Hyde was the only person he know that liked opera.  Jerry learned that Clark is buried at Oberlin Westwood Cemetery in Ohio.  "I know it is the same Clark Hyde because he went to Oberlin College and I ran into him in Berkeley when he was at seminary," says Jerry.