Bob Richardson writes, Members of the class of '61 will be happy to know that our AFS student from Turkey, Nur Karhnan, wasn't harmed by last Friday's earthquake.  She lives in Bodrum, only a few miles from the  epicenter.

Says Nur, Thanks so much for your concern.  We did have a serious  earthquake 6.3 and many aftershocks.  I took place between Turkey and the Greek island Kos. No one died here but two males -- one Turkish and one Swedish tourist -- lost their lives.  The area has a serous fault line.  Such things happen all the time but this was really serious.  A thousand years ago both Bodrum and Troy sank seven times. 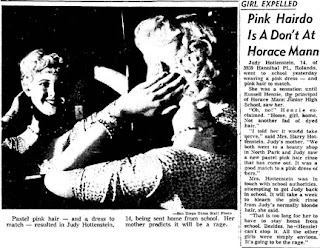 Bob also includes a clipping from the April 30, 1957 San Diego Union and wonders what became of Judy Hottenstein, who got sent home from Horace Mann for showing up with Pink Hair. 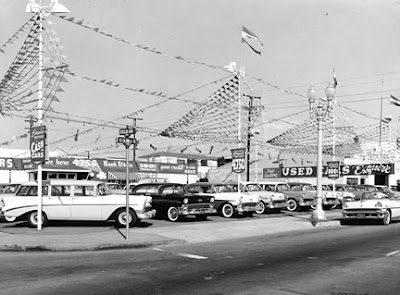 I just came across two photos that Howard Rozelle took of Esquire Motors, on the northeast corner of Euclid and El Cajon.  I'd like to add them to the one already posted on the web, but I don't think that's gonna happen in the near future.  Learning Dreamweaver to build your own web site is turning out to be like learning Greek in order to read The Iliad in its original form.  Thank you to the person who suggested the Lynda.com tutorials.  It's helping, but it's gonna take a while.  Click HERE if you want to see the other Esquire Motors photo. 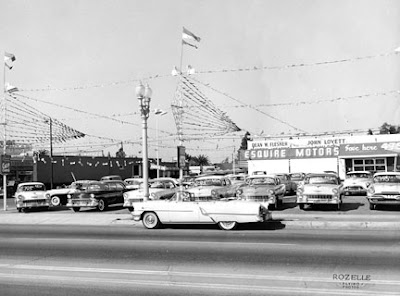 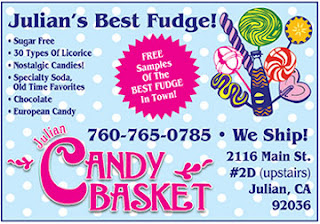 Adele Spirz Delgado '71 invites you to visit the Julian Candy Basket if you're looking for old time favorites.  She stocks over 20 brands of Root Beer and, according to the advertisement above, gives out samples of "the best fudge in town".  You can also order on-line.

Mike McKittrick '60 has written Grandad's Bike Ride, "a beautifully written short story for children, complete with illustrations, about a grandfather's quest to catch-up to his grandchildren as he pedals his way through the local villages and countryside".   It's available on Amazon and Barnes and Noble.