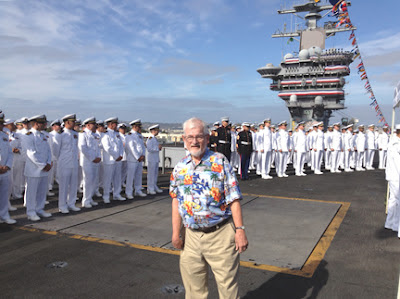 IT'S STILL DARK IN PACIFIC BEACH and I'm recovering from my birthday yesterday.  A huge crowd gathered on the deck of the USS Nimitz to help me celebrate.  Did you hear the 17-gun salute?  Actually they were there for the Change of Command Ceremony where VADM Dave Buss replaced VADM Al Myers as Commander, Naval Air Forces.  Nancy and I were assigned a personal assistant, one LT Joshua Freeze, who made sure our every whim was catered to.  A lot of folks were laboring under the illusion I must be someone important.  I think it was the Blue Angels shirt Nancy bought me at the last air show. 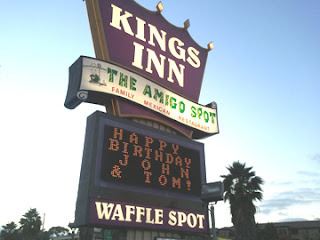 Stephanie Petersen put me and my pal Tom LaShell on the marquee last night for First Thursday.  Tom was also born on October 4th and -- once again - was a year older than me. 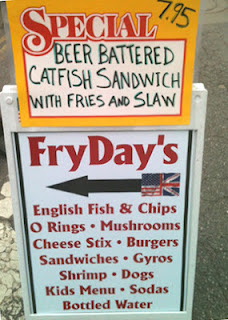 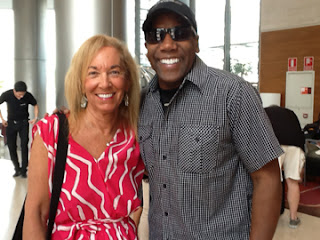 Crawford graduates Bernadine Berlin Temple '62 and Nathan East '73 pose for a snapshot in Barcelona, Span before boarding the Dave Koz and Friends jazz cruise.  Bernadine named one of her sons Miles, which should give you some idea how she feels about jazz.  Nathan is a jazz artist known world wide.  Click HERE to read his biography. 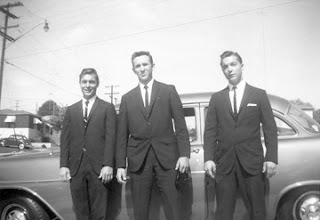 The Bob Mardon page now has videos.  I don't have the exact details, but one appears to depict leaving the house for the '64 Prom and the other is entitled '64 Graduation Antics.  You'll recognize the motley crew above -- Bob Mardon, flanked by Mark and Mike Nesbit.  Click HERE to go the Bob Mardon Page. 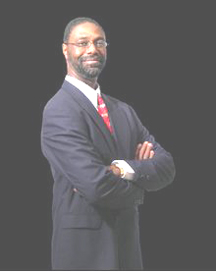 Gretchen Pruden Taylor '60 forwards an article from the U-T about Dennis Mackrel, who may be Class of '81.  He's now the leader of the Count Basie Orchestra, which appeared at Anthology last month.  Click HERE if you'd like to read all about it. 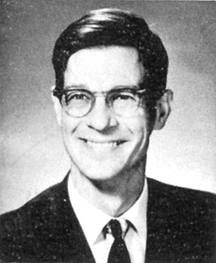 History teacher Ray Wagner, who opened Crawford in 1957 and remained for 27 years, passed away September 24th.  He worked as the Archivist at the San Diego Air & Space Museum after he left teaching.  The museum will induct him into its Hall of Fame on November 17th.  Services for Ray will be private.  Click HERE if you'd like to sign the guest book. 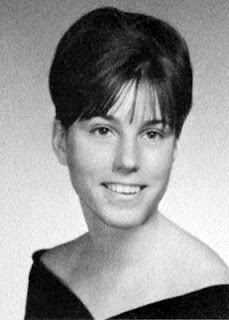 Anne Boyd Lewis '66 died September 13th after a 13-year battle with cancer.  I've shared some of what her husband wrote about her many accomplishments.  Go to the Class of '66 Obituary Page.