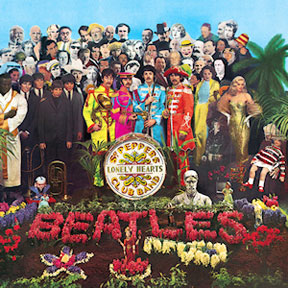 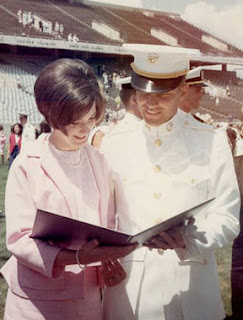 I was in Annapolis, MD for the graduation from the Naval Academy of my pal Ken Ptack (Hoover '60) on June 7th.  The next day I was best man at his marriage to Joanne Buscher (that's her in the pink).   They'll be celebrating 35 years of wedded bliss this week.  (I KNOW -- they've been married for 50) 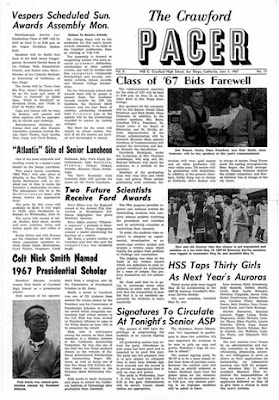 We've come to the end of the student newspapers edited by Pat Edwards.  Click HERE to read his 10-page finale -- the Graduation Issue of June 7, 1967. 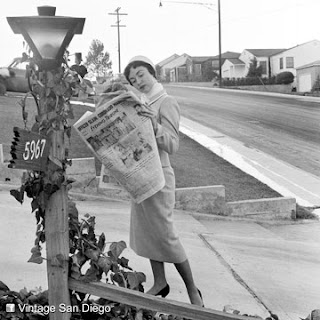 Greg May asked for help last week in identifying the location of this photo by the late Bill Reid.   A number of folks said it was 5967 Trojan, but I'm not sure.  An alert reader used the headline on the newspaper to determine that the photo was taken on October 13, 1954. 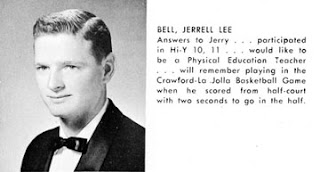