FINALLY!! It's grey and drizzly in Pacific Beach.  A good day to stay inside and watch TV -- after a late breakfast at Green Flash, or maybe Good Time Charlie's. 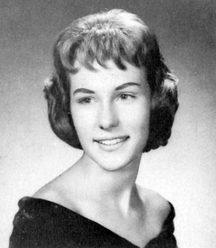 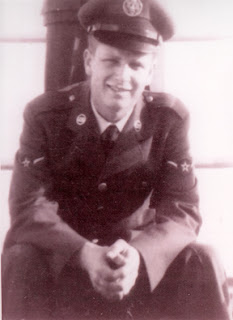 This is the last photo taken of Larry Teter.  He left school after his Junior Year to join the Air Force and a year later, on August 1, 1962, was killed in a roll-over accident in Louisiana.  His sister Nancy Teter Stubbs '62 says Larry was 16 months older than her but, for reasons unknown to her, they started school together and Larry would have graduated with the Class of 1962. 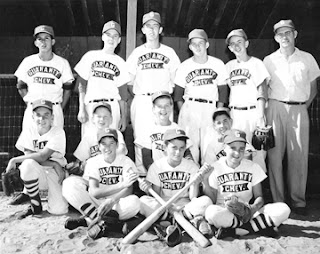 Tom Christensen '63 says he can't remember anybody from his 1958 Guaranty Chevrolet Pony League team, but I think he's the tall guy in the rear.  Bill Montejano '62 and John Allison '62 might be on the left.  Click HERE to see an enlargement. 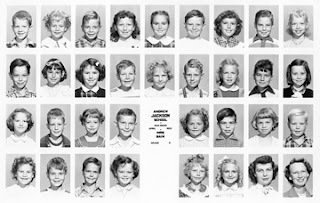 Owen Western '63 must have moved from Andrew Jackson after 2nd Grade.  At any rate he's shared his Kindergarten, 1st Grade and 2nd Grade class photos.  Click HERE to check them out. 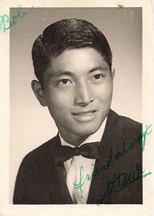 Wow, I wonder what THAT was like?  Setsuo Tajima's father sent him from Japan to the United States to get an American education.  Must have worked out.  He and his lovely wife Chie recently returned to the 'hood and visited with classmates Bob and Susan Roskos Mardon '64.  Click HERE to see a couple of snapshots. 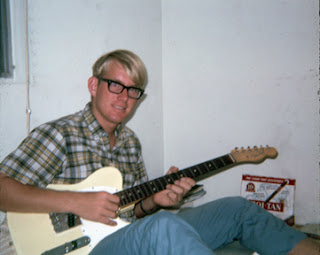 Peter Thompson '65 shares a couple of snapshots of him practicing guitar at age 17.  Click HERE to check out the photos and learn what he's doing now.