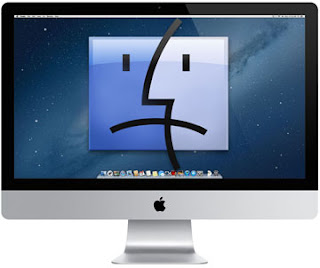 Thursday last I upgraded the operating system on my iMac.  I knew this would entail upgrading software.  I didn't realize that my internet would shut down, that my printer would quit working, and that I would no longer be able to access my financial and database programs.  The Mac expert who did the original upgrade returned and got my internet working.  Later in the day I learned that my original software was so aged that it was no longer accessible.  My Mac expert, in the meantime, went in for surgery on his hand, which he had been led to believe was a simple two-hour outpatient procedure.  As of Tuesday, he was home in bed.  He is scheduled to return next Tuesday to see what can be saved.

It was 40 years ago last week that Randy Jones pitched a complete game that lasted 89 minutes.   Click HERE to read the article in the U-T and learn why the San Diego Chicken is still steamed. There are also quotes from Bob Boone '65, who was the catcher for the other team. 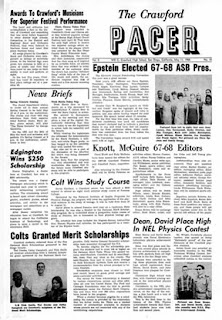 I was taken back all those years by the photo of the Dairy Mart receipt showing the home delivery by Mel Vitek.   He was my milkman from 1965 to 1970, when my husband and I (and kids) lived on Cleo Street.  My kids loved him, he always brought them candy!  The date on the receipt was 1995.  Can't believe Mel was still working then.
Claudia Messerli Baker ’59

The Sign of the Sun was a bookstore.  State students could get some textbooks, new and used, there, as well as other books.  They also sold some records (remember vinyl?), especially Folkways Records.  In the evenings they held concerts and sometimes films, usually "art" or vintage films.  While I was at State (60-64), I played a few opener sets there and also recorded a few concerts for them and was a projectionist for some of the films.  I usually took my pay in Folkways records rather than cash -- the records were otherwise expensive for a college student.  I saw a lot of great folk musicians there, close up and personal because the place wasn't very big.  The flyer you reproduced was a good example.  They featured nationally known musicians and local folks.  I'm not sure I'd call it a coffeehouse.  I don't recall much in the way of food or drink being part of the events.  It was more of a small concert setting.   The store moved, I think in the late ‘60s, but I don't remember exactly where to, and I recall the name was changed at that time or shortly afterwards.  I think it eventually went out of business.
Clyde Tyndale '60

I lived on 60th Street between El Cajon Blvd and Adams.  I remember Sign of the Sun and all the hippies and SDSU students going there.  In 1974 it became the Moze Guitar shop on the corner of College and Adams.
George Glover ’73

Do you remember Circe's Cup (cannot remember the exact name??)??  I think it was on College, right near the main entry to SDSC.
Larry E. Burnworth ’64

In the 1950s, on El Cajon Blvd out past Monte Hall's Playland, and as I recall, right at the crest before the Blvd dropped down into El Cajon, on the right side of the road (south side) there was a restaurant that had big cages outside with monkeys.  It was a nice restaurant.  Our family and the other relatives who lived in San Diego would go there for Sunday dinner sometimes, and, when the relatives were out from the midwest, we'd always take them there.   Anyone recall what the name of this restaurant was?
Rene Eustace ’63
Darby, MT 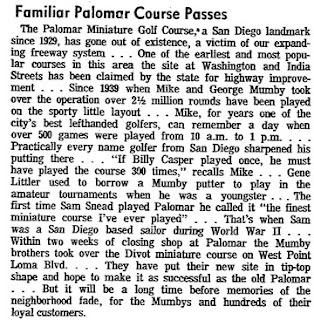 Last week's photo of President Truman motoring up Washington St on a 1948 tour of San Diego, caused me to recall the old Palomar Miniature Golf Course.  I found this Howard Hagan column in the San Diego Union of November 1, 1964

The miniature golf course was directly across from El Indio.  It was surrounded with Bougainvillea and was a beautiful place.  The Mobil gas station replaced it.   It is blacktop now.
Dudley Mills ’59

I played miniature golf at Five Points.  Lots of fun.  Between the ages of 4 - 11,  I lived in North Park, which was only seven miles from Five Points.  During my years at SDSU I was a relief milk truck driver on a Dairy Mart Farms route in Del Cerro.
Ernie Dronenburg ’61