Holtville and Crawford will meet on the football field at Lincoln High School tonight at 6:30 PM.  It's Homecoming for the Colts.

I received two tributes recently for Colts who died in Vietnam.  Rather than wait for Veterans' Day or Memorial Day (and possibly forget) I'll share them with you today. 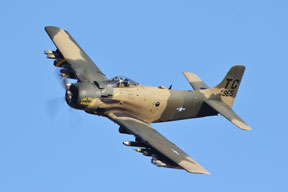 John Flinn '60 was killed on July 2, 1969 when his Douglas Skyraider was shot down over Laos. Ron Jagodinski '62 remembers meeting John during ROTC at Crawford.  Click HERE to read Ron's tribute. 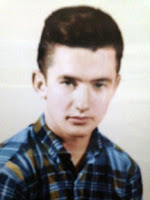 Steve Bartman '67 received the Distinguished Flying Cross posthumously for his actions as a door gunner before a crash that killed all aboard on January 8, 1969.  Steve's brother Tom Bartman '66 shares the photo above, plus copies of his Air Medal Citation and the Army report.  Click HERE to peruse them for yourself.