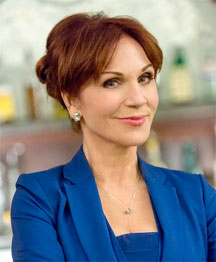 Marilu Henner, if memory serves, was once interviewed by David Letterman about her photographic memory.  She has the ability to remember every day of her life.  He asked her if she could recall what she was doing on July 20, 1969.  She turned red, sputtered, and allowed as how she had lost her virginity in a shower in Chicago.  “Why did you pick THAT date,” she asked.  “Well,” replied David, “it’s the day man first set foot on the moon.”  (Not trusting my memory I tried to authenticate this story using Google.  I was pretty close, except the internet said she was interviewed by Johnny Carson. Or Tom Snyder. Or Bob Costas.  No mention of David Letterman.) 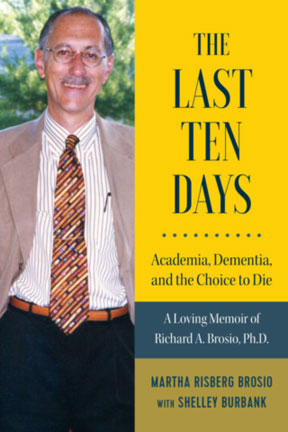 I wanted to share news of a memoir about Mr. Richard Brosio that his widow Martha sent to me. It is the story of his life -- including time at Crawford -- their relationship, his scholarship, his dementia, and the choice to die.  It is both incredibly touching and also very informative.   I was a big fan of his in high school and even had a chance to visit with him and Martha in Milwaukee, WI where they lived after retiring from Ball State in Muncie, Indiana.  Martha knows that he was a popular teacher in San Diego and wants to share her story with people he touched -- June Reznikoff '66

The Last Ten Days: Academia, Dementia, and the Choice to Die is a heartrending memoir of love, scholarship, dignity, courage, and the choices one is forced to make when given the devastating diagnosis of a terminal illness. Spanning sixty years, this extraordinary book recounts the love story of Martha Risberg Brosio and her husband, Richard Brosio, Ph.D., a brilliant scholar and college professor whose communication skills dazzled all with whom he came in contact. Teenage sweethearts who went their separate ways after high school, Martha and Richard reconnected twenty-six years later over a friendly dinner that sparked into passionate love. They married in 1983, enjoying a vibrant life together. Then tragedy struck. In late 2013, Richard was diagnosed with Primary Progressive Aphasia, a type of dementia similar to Alzheimer’s that affects the frontal and temporal lobes of the brain. The disease impacted Richard’s ability to communicate. There was no cure. Determined to have a dignified death at the time and in the manner of his own choosing, Richard hastened his death two years after his diagnosis by voluntarily stopping eating and drinking, seeking only palliative and hospice care until the end.

Click HERE to go to Myers Educational Press.  Use code MEP25 to receive 25% off on your purchase. 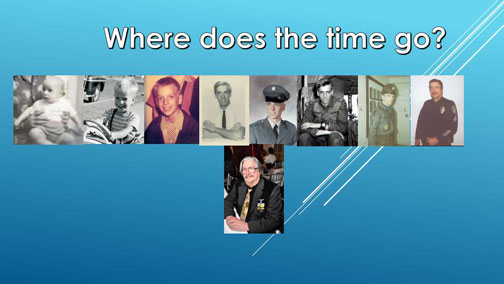 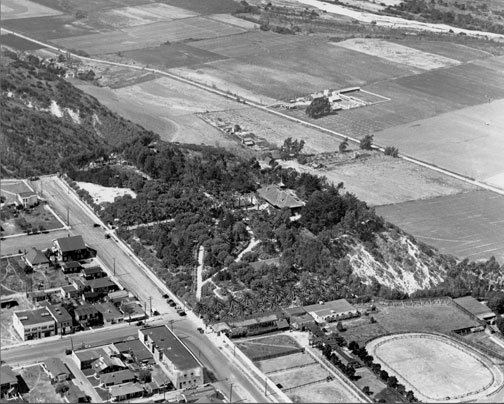 You're looking at a 101-year old aerial photograph of Mission Cliff Gardens, where the streetcar turned at Adams Avenue and Park Boulevard.   At the right is the Bentley Ostrich Farm.  I wondered about the football field.  Nancy suggested, and I'll bet she's right, that it's where they held the ostrich races. 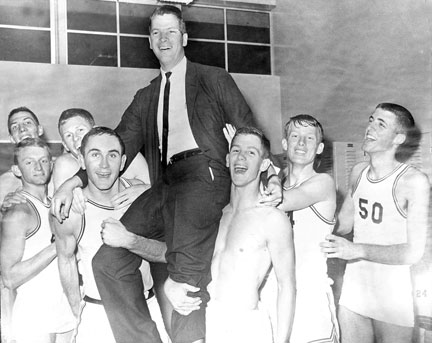 This week's Golden Oldie features a photo of the late Coach Jim Sams and his 1963 CIF Championship basketball team.  Click HERE to see the picture enlarged -- plus a bonus shot. 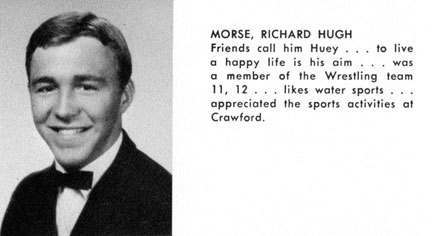 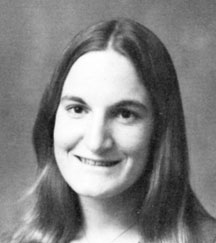 Eileen Gianola ’76 died June 29, 2019 after a long illness.  Born on November 5, 1957,  Eileen grew up in the Oak Park area of San Diego, the fifth of eight children, and attended Holy Spirit School. Her entire working career was with the City of San Diego Parks and Recreation Department, retiring as a Supervising Recreation Specialist with the Aquatics District in 2017.