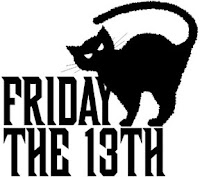 Seems like every other Fry Day is the 13th.  Probably my imagination. 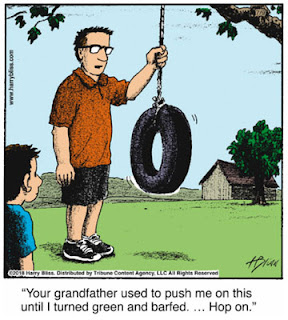 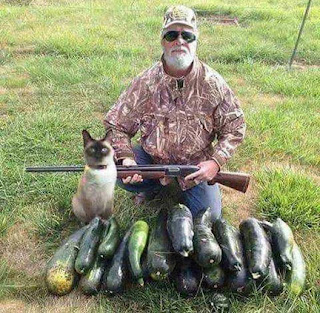 This lucky fellow got his limit on the first day of Zucchini Season.

Does the new El Pollo Loco Say "Te Amo" commercial strike a chord with you?  Click HERE to take a listen.  Sounds a lot like Rosie and the Originals' Angel Baby from 1961. 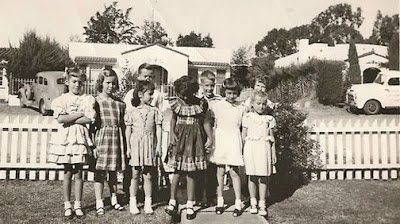 Troy Murphree emailed me about the Photos From Mohawk Street page on my web site.  She's lived on Saranac Street for 16 years and is part of a community group called Mesa Colony, sort of between College and 70th north of Montezuma and El Cajon.  If you grew up there and/or have photos, he'd love to hear from you.   By the way, the Photos From Mohawk Street page was submitted by Jeannine Berger Passenhaim '60.  She's part of the 7th Birthday Party photo above that includes Diane Paine, Judy Bailey, Rowene Ashley, Barbara Ann Tthrailkill, Kathy Brown, H. B. Amey, Paul Montgomery and Charlotte Stout.

How's your hearing?  Mine is fine -- or maybe not.  I was interested to learn, while watching the Padres' play Arizona last week, that the Diamondbacks' Paul Goldschmidt was a Goat Lover.  Turns out he's a Gold Glover.  Some years ago my friend Vince Barrord, who went to Catholic Schools, was concerned when he heard that Rosary Workers were going on strike.  Who knew Rosary Workers even had a union?  Turned out to be Grocery Workers. 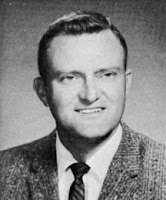 Faculty Member Asahel “Ash” Hayes died July 10th.  He was born July 28, 1923 in the small town of Sutherland, Iowa.  He served his country from 1943 to 1946 in the Army of the United States. He was a cryptographer serving in New Guinea and the Philippines.  After his discharge he obtained a Bachelor of Arts in Physical Education from San Diego Teachers College (now San Diego State University), a Master of Science In Physical Education/Exercise Science from UCLA and a Doctorate in Education from UCLA.  Ash spent twenty-seven years with the San Diego Unified School District in various positions, serving as the baseball coach during Crawford’s first three years.  He later was appointed to lead national programs as part of the President’s Council on Physical Fitness and Sports in Washington D.C. and ultimately retired as Executive Director.   He is survived by Juanita, his devoted wife of forty years, daughter Lynn Hayes Dougherty ’68, and a coterie of grand-children and great grand-children.  A Celebration of Life is being planned. 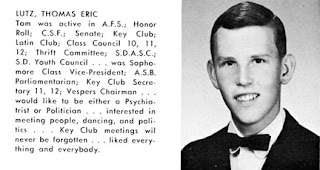 Bob Lutz '64 reports the passing of his twin brother on July 1, 2018.  A memorial service will be held at a later date.   Says Bob, "I lost my “womb-bro”, best friend, and soul brother.  My beloved twin lived in Santa Barbara and was courageously struggling for the last ten-plus years with COPD. He had a good and happy life, and was always positive and optimistic about life’s highs and setbacks.   As an artist and jeweler for almost fifty years (Big Sur Design in Big Sur, Little Rock, and Santa Barbara), he designed and manufactured beautiful and enormously-appreciated jewelry enjoyed by many throughout the country.  Tom supported environmental and liberal political causes all his life, and was an avid and well-informed policy wonk. He was a very good and decent man and leaves a huge vacancy in all of our lives".