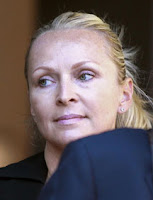 Who knew there was a Will C. Crawford High School in El Centro?  Turned out I misread the article on the wife of newly-disgraced Congressman Duncan Hunter Jr.   It noted that she attended Will C. Crawford High School in El Cerrito.  I still think of it as East San Diego.  Click HERE to read the piece, in which Duncan Hunter throws his wife Margaret Jankowski Hunter under the bus.  I think Margaret is a 1993 graduate.

A much more upbeat article appeared in Wednesday's Union-Tribune.  It's about Deka Ismail, daughter of Somali immigrants, who graduated from Crawford last year.   She'll be attending UCSD in the fall, which -- I think -- is pretty soon.  Click HERE to read the piece.

Speaking of Fall, in his latest Outdoors column Ernie Cowan '62 notes that it's tarantula mating season, so watch where you step.  The mating session, Ernie points out, often ends with the female killing the male.  Kind of harsh.  You would hope she'd just take the family home, settle for a monthly alimony check, and let the poor guy go on his way.  Click HERE to read Ernie's article. 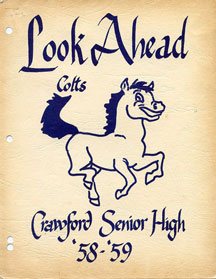 Where DOES the time go?  I expect it seems like yesterday when Jeannine Berger Passenheim '60 was going through her student handbook.  Turns out it was 60 years ago.  Click HERE to read all 40 pages. 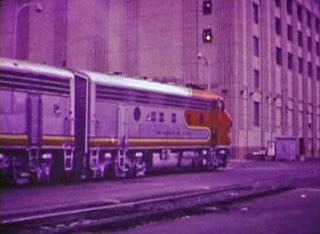 I recently posted on YouTube a 3 1/2 minute film I made on May 11, 1969.  It was Mother's Day and my Mom was putting her Mom on the Santa Fe streamliner.  Wish I could recall where grandma was going.  Most likely to Lewistown, Montana where she grew up and still had lots of relatives.  Click HERE to take a look.

Have you seen the Geico commercials in which Alexander Graham Bell's phone goes off in the middle of a play, interrupting the actors?  "No, no -- my number's 1," he says, "you must want 2".  Click HERE to watch it for yourself.