IT'S DARK AND COOL IN PACIFIC BEACH, but supposed to get toasty warm and bright.  I've got my fingers crossed that there will be parking at Seaforth's Landing Grille so Nancy and I can split the Jig Strike Special -- with boysenberry syrup for my pancake. 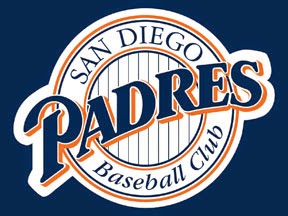 Last week I reported that the largest trout ever caught in Lake Cuyamaca had been landed by a fellow who used a ball of inflated night crawlers.  I wondered how one inflated a night crawler.  Turns out several Colts had the answer.


You use a syringe to blow him up.  And you are correct, he doesn’t like having it done -- Steve Swank ’64

Us old fishermen take a hypodermic syringe and inject air into the body of a night crawler.  It works -- Bill Frost ’66

To inflate a night crawler, most anglers use what is known as a “Worm Blower”.  I know where you went immediately with this one and I also know what your next question will be and the answer is,  “Yes, John, I have blown a worm”.   My preference, to get the best results and have more control while you’re blowing your worm, is to use a hypodermic needle.  It takes some practice, so, you have to blow a lot of worms before you get real good at it!  In fact, you’ve got me in the mood so, I think I’ll go out right now and blow a few worms -- Dave Gray ‘63

All of this has got me thinking about the Big Bang Theory episode in which Howard gets some pointers from Penny on how to bait a hook.  Click HERE to check it out on YouTube. 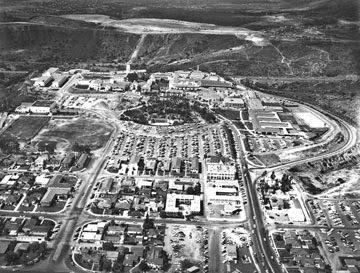 Greg May has posted a couple of 1950s' aerials on the San Diego State album of his Vintage San Diego Facebook.  Click HERE to see the enlargements I've uploaded, or click on the other link to check out Greg's album. 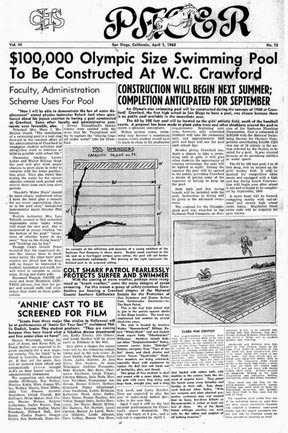 The greatest April Fool's Joke ever!!  Click HERE to read the April 1, 1960 Pacer 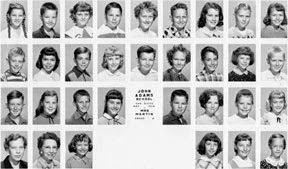 Rick Combs '59 once asked if anyone else had gone to Adams Elementary.  Turns out Dana Carr '64 attended in 4th Grade at least.  That's him in the Second Row, third from the right.  Click HERE if you'd like an enlargement.  (In 2nd Grade I attended Adams, and Brooklyn, and Dewey, and -- in Guam -- Washington Elementary.)

Fay Brown Carlin '68 checks in from Grand Ronde, Oregon and would love to hear from old friends.  Her email address is faycarlin@hotmail.com 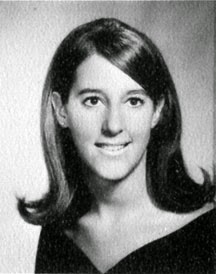 Ralph Jungk '66 just realized that his wife Lynne Snyder Jungk, who died in 1993, was not on the Class of '70 Obituary Page.  She is now.  Lynne gave him two sons and -- now -- three grand children.