Tonight's 6:30 kickoff against Clairemont at Lincoln is Crawford's Homecoming Game.  If I had more information I'd share it. 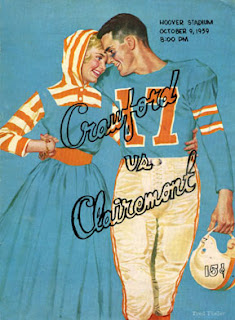 Click HERE to check out the program from an earlier Clairemont vs. Crawford football game -- October 9, 1959. 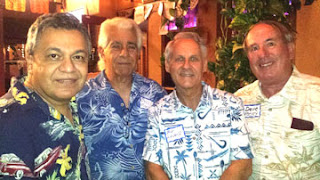 Recognize this car wash on University Avenue in 1956?  It's still there, on 34th Street just east of the 805.  Click HERE to see an enlargement, accompanied by the photo of a car wash at 6th and University that isn't still there. 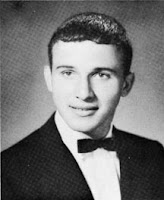 Services for Dennis Bowman '62 will be held Saturday, October 8, 10:30 AM at Mission San Luis Rey, 4070 Mission Avenue, Oceanside.  A complete obituary, with an on-line guest book, appeared in last Sunday's Union-Tribune.  Click HERE to check it out. 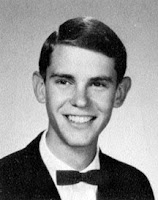 Richard Spatz ’67 died of liver cancer September 28, 2016. He moved to Arizona twenty years ago after losing his wife Helen-Mary at the Family Fitness murders in 1993.  He survived by, among others, his sister Jude ’65. 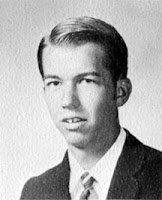 Ernie Rea ’69 passed away from medical complications on July 7, 2016.   He was a lifelong friend of mine.  He took me to my first San Diego Charger game at Balboa Stadium in 1961.  We shared a lifetime of adventures and memories.  I miss him terribly -- Susan Harman Hammond ’67