THE SUN IS UP IN PACIFIC BEACH and a gorgeous day is in store.  Nancy and I will be having our usual late breakfast at the Amigo Spot, and will be joined this morning by Ken and Joanne Ptack.  Ken and I were best buddies growing up in Normal Heights, and I was best man at their wedding at Annapolis in 1967.

I've made good progress on letting folks know about transitioning the Fry Day email to Facebook, getting through the Class of '72 yesterday.  Some folks are digging their feet in, but several hundred have made the move. 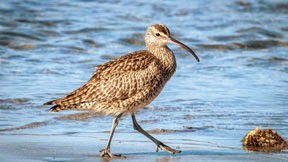 Ernie Cowan '62 wrote a nice article about migrating birds for the U-T this week.  Click HERE to check it out. 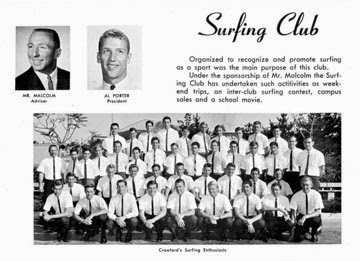 Michael Klatt '70, who now surfs Morro Bay, didn't know Crawford HAD a Surfing Club until he picked up a copy of Surfing in San Diego, by John Elwell.  He loaned me his copy and I snagged a handful of great shots of Coach Marshall "Scooter" Malcolm dating back to the '40s.  I've posted an "album" of the shots on Facebook.  You may be able to see them if you click HERE.   The shot above is from the '64 Centaur.  I talked to coach Coach Malcolm yesterday.  He's 81 now and still hits Tourmaline most weekday mornings.  You'll have to get there around 6:30 if you want to join him. 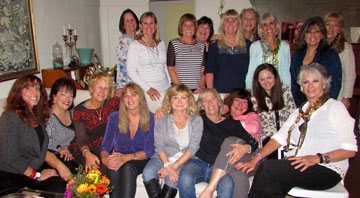 The Ladies of Dorian Gray (they never get older, but somewhere on a wall their portraits aren't doing so well) met on January 15th for the annual Class of '72 Re-Gifting Party.  Click HERE for a larger portrait, caption, and a few additional photos. 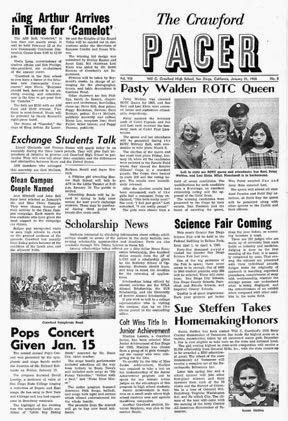 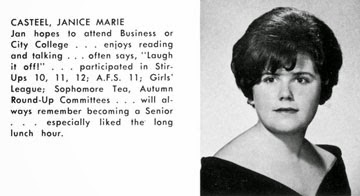 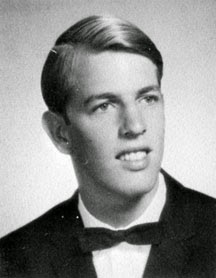 The death of Jim Testa '67 hit his brother Ed harder than the passing of his twin brother Ray in 2002.  Read what he had to say on the Class of '67 Obituary Page.