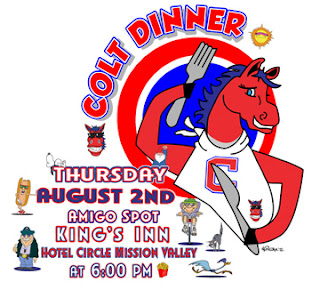 How the time flies!!  Next Thursday is the First Thursday get together at the Amigo Spot.  I only heard from one person interested in showing off their automobile, so I guess I'll put the car show concept on hold.

Tuesday will mark the 10th Anniversary since Marla Bennett, daughter of Michael and Linda Ackerman Bennett, was the innocent victim of a terrorist bomb.  Marla's legacy was outlined by Diane Bell in yesterday's Union-Tribune.  Click HERE to read her column. 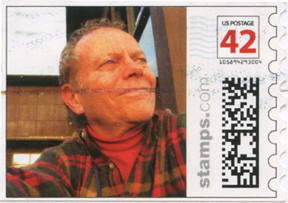 I'd heard about it, but I hadn't seen it.  Apparently you can print your own postage stamps.  At least I think that's what Dave Sleet '61 has done.  Don't even have to use the correct postage either.

Bill Rainey '62 shares a bit of trivia.  The officer in charge of the Rolando Park School Patrol was the brother of English Channel swimmer Florence Chadwick. 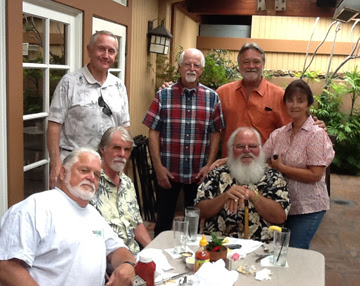 Jim Smith '63 was down from Montana for Over-the-Line, so a bunch of his classmates got together for lunch at the La Mesa Brigantine.  Seated: Martin "Tuffy" Stutz, Barry Houck and Jim Smith;  Standing: Ron Kroepel, Bob Kerns, Mike Alexander and Sharon Jarvis Daigle.

At the request of brother Ken, I have added to the 1963 Obituary Page excerpts from an obituary for Duane Becht '63 published in Southern Utah's The Spectrum newspaper.  I've also added an ON-LINE GUEST BOOK if you'd like to share your memories 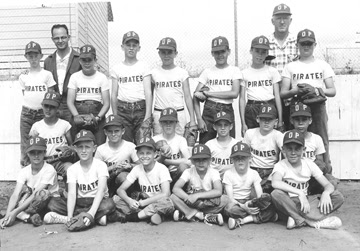 Tom Christensen '63 found his copy of the Pirates Little League team and discovered that his mother had put the players' names on the back.  Click HERE to take another look. 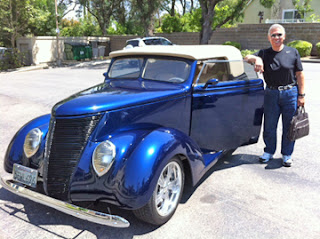 Misty Mellett '65 is back in town after 35 years of residence in Santa Barbara.  She's a San Marcos girl now and would like to hear from old friends.  Click HERE to send her an email.

Dennis Robberecht '68 poses with his "new" '37 Ford, powered by a Corvette engine.  That just doesn't sound right.  His wife says they enjoy traveling around their Sacramento neighborhood. 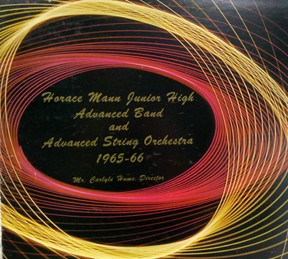 Tim Abbey '71 got so many requests for the Horace Mann LP he's gonna try to convert it to a digital format so it can be shared with more folks. 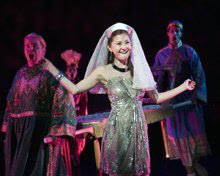 Steve Gunderson '75 (that's him on the left) appears in The Nightingale, currently showing at La Jolla Playhouse.  I don't get out much, so I didn't know the play is set in China -- and the actors are supposed to be Asian.  Click HERE to read all about it in Monday's Union-Tribune.