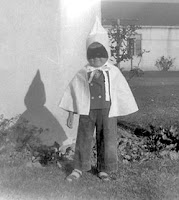 Boo!  Sorry if I scared you.  Here's  a photo of my 1946 Halloween outfit when the Fry Family was living in Navy Housing in Long Beach.  Remember when Moms dutifully put together our costumes? I wonder if I've shared this photo before, because someone asked who I was -- "the ghost of the Lone Ranger"?

Sad to report that the Colts came out on the losing end of a battle at San Diego High 6-0 last week.  A lot better than the 60-0 thrashing we took when I was a sophomore.  The Crawford Eleven meets Kearny tonight at 6:30.  At Kearny I assume. 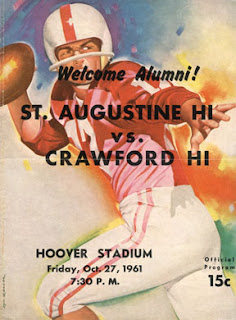 Click HERE to peruse the 4-page program from the Saint Augustine vs Crawford football game held at Hoover on October 29, 1961. 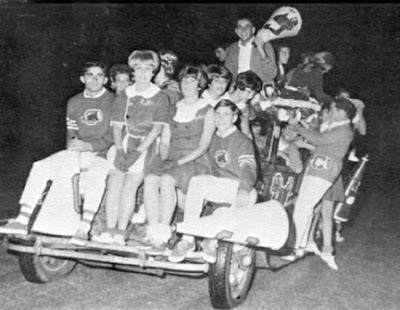 John McMullen '63 was one of the few who got to go through last week's Class of '66 reunion links before they evaporated.  He was puzzled by the photo above, in which he's holding the megaphone at the top. He can't remember when it was taken, nor recognize any of the others in the photo.  (Take a number, John -- there's a lot of that going around these days) 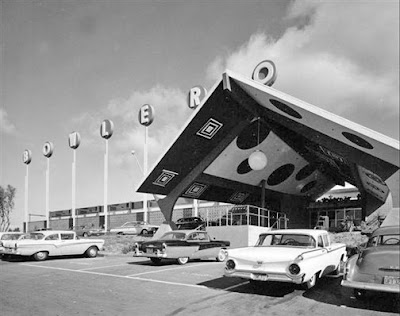 Here are a couple of photos posted last week on Greg May's Vintage San Diego Facebook page. Above is the Lemon Grove Bowlero circa 1957.  I can picture it in my mind's eye in the distance as I drove south on College Avenue past College Grove.  Below is a color shot of downtown San Diego from the late 1940s.  I liked it so much I enlarged it and put in on the web.  Click HERE if you'd like to check it out. 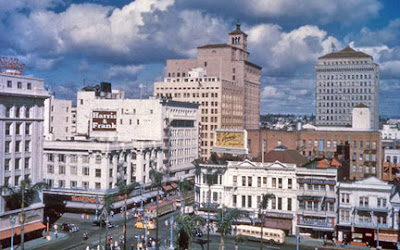 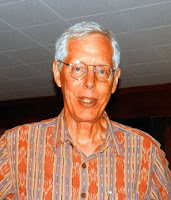 Visitors to the Amigo Spot on Saturday night get their pictures taken by Nancy's daughter Lisa whether they want to or not.  Bob Richardson '61 (above) stopped by on September 17th on the day after his reunion.  Larry Okmin '64 brought his clarinet and sat in with the band on September 24th. 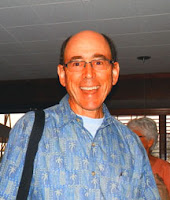 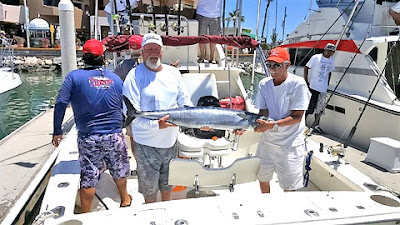 Class of '66 pals Dan Burton (white hat) and Kemp Ipsen show off the 45-pound Wahoo they caught off Cabo San Lucas last May.

You may have seen on television the Sharp Hospital video telling the story of the stroke suffered by Joan Embery '67 and how they helped her recover.  Click HERE to watch the YouTube video. 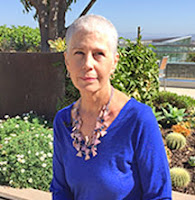 Along the same lines is the story of Janet Chelberg Burgess and her recovery from breast cancer at Scripps.   The Mission Times Courier article was emailed to me by Janet's 1969 classmate Steve Fontana. 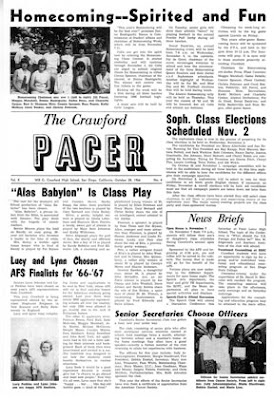 Click HERE to read the 6-page Golden Anniversary edition of the Pacer published on October 28, 1966. 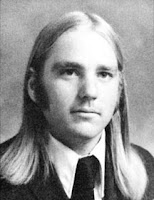 Barbara Cagley Thomas wrote this week of the passing on July 29, 2015 of her brother James Cagley '75.  He suffered a heart attack while training for a marathon.